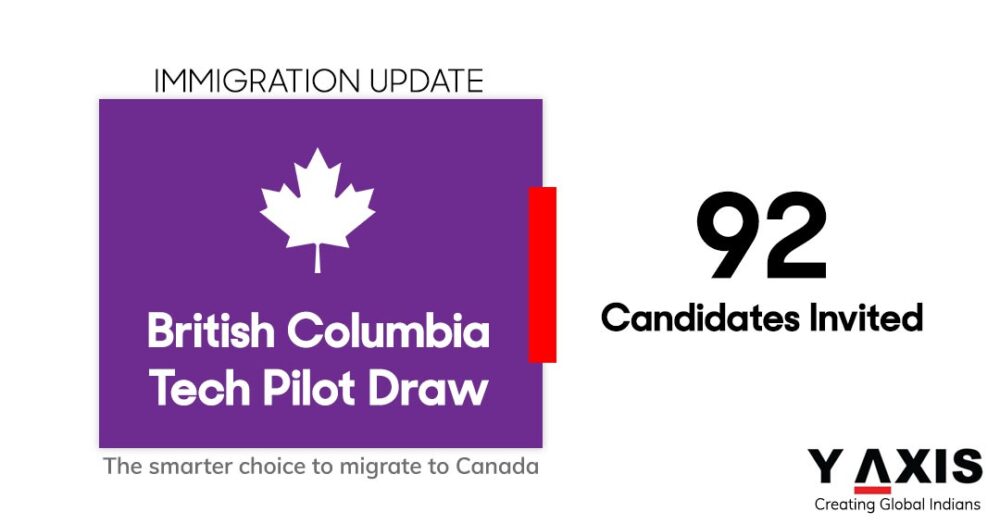 British Columbia has issued 92 invitations in the latest provincial draw held on December 15, 2020. As this was a Tech Pilot draw, invitations issued by the BC Provincial Nominee Program [BC PNP] went to candidates with job offers in any of the 29 key occupations.

The previous BC PNP round of invitations was on December 8, 2020.

The BC PNP Tech Pilot offers an “expedited immigration pathway for people with tech skills applying to be permanent Canadian residents who will contribute to BC’s shared prosperity”.

Since its launch in May 2017, the Tech Pilot has supported more than 4,000 tech workers for a nomination for Canadian permanent residence through the BC PNP.

The Pilot ensures that the technology sector in the province can attract – as well as retain – the tech talent that it requires to sustain and grow the sector further.

The BC PNP Tech Pilot has been extended until June 2021, “to provide BC tech employers with the continued ability to recruit and retain international talent when local skilled workers are unavailable”.

Overview of the December 15 BC PNP Tech Pilot

Note. The minimum score here is the score allotted on registration under the BC PNP’s Skills Immigration Registration System [SIRS].

[1] Securing a nomination with any of the provincial or territorial [PT] governments that are a part of the Provincial Nominee Program [PNP] of Canada. There are almost 80 PNP ‘streams’ or immigration pathways available, many linked with the federal Express Entry System.