British Columbia extends the BC PNP Tech Pilot till June 2021 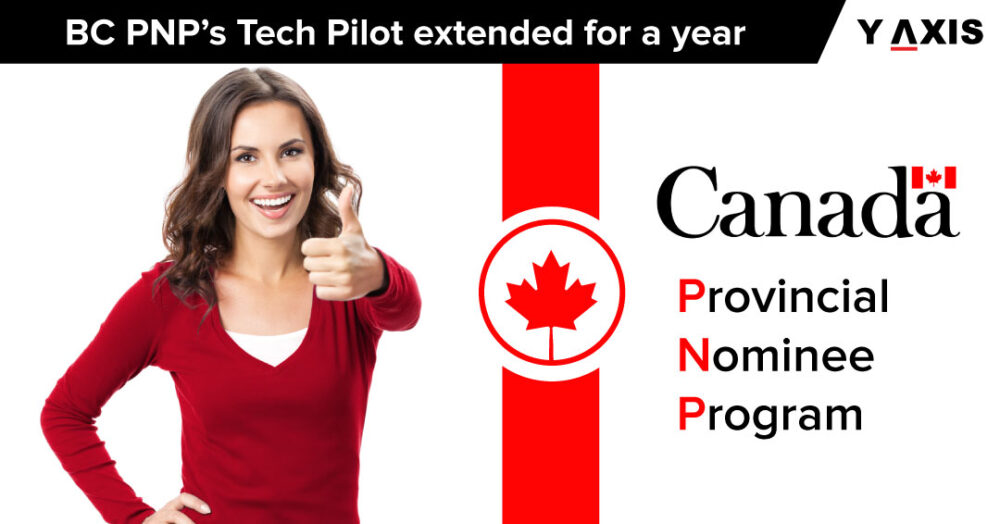 As per a June 4 announcement, British Columbia Provincial Nominee Program [BC PNP] has extended the Tech Pilot till June 2021.

The decision on the future of the BC PNP Tech Pilot was among the announcements expected from Canada immigration this month.

The extension of the Pilot will provide tech employers in the province of British Columbia in Canada the continued ability for the recruitment as well as retention of international talent, wherever local skilled workers are unavailable.

While the Pilot has been extended, there is no change in the existing criteria. The BC PNP Tech Pilot will continue to provide a pathway to tech workers that had eligible job offers in any 1 of the 29 tech occupations to apply to British Columbia’s PNP for getting a provincial nomination for Canada PR.

In order to be eligible for the BC PNP’s Tech Pilot, the job offer must be for at least 1 year, with a minimum of 120 days remaining at the time of their applying.

Almost weekly draws are held under the Tech Pilot. Both BC employers, as well as workers, have to meet the program eligibility requirements.

The BC Tech Pilot is regarded as a fast-tracked route to Canada’s permanent residence. Tech Pilot applications get priority processing.

To apply for the Pilot, the candidate will have to begin by creating a profile through the online portal of the BC PNP. They will be expected to register under the BC PNP’s Skills Immigration Registration System [SIRS].

Once successfully registered with the SIRS, they must choose to proceed through either the Express Entry BC or Skills Immigration categories.

If the candidate is selected in a Tech Pilot draw – the minimum score requirement of the draws varies – an invitation to apply for a provincial nomination will be issued.

30 calendar days are allotted to the invited candidate for applying for the nomination through the BC PNP.

After submission of the application, priority processing will be given to immigration candidates applying under the Tech Pilot.

If the application is approved, the nomination can be used towards a Canada immigration application with the IRCC [Immigration, Refugees and Citizenship Canada].

Provincial nominees get a “work permit support letter”, allowing them to work throughout the duration of their securing Canada PR.

As per the BC PNP Skills Immigration and EEBC Post-Nomination Guide, “If you have been nominated, the BC PNP may issue you a work permit support letter that allows you to apply for a work permit from the federal government without the need for a Labour Market Impact Assessment [LMIA].”