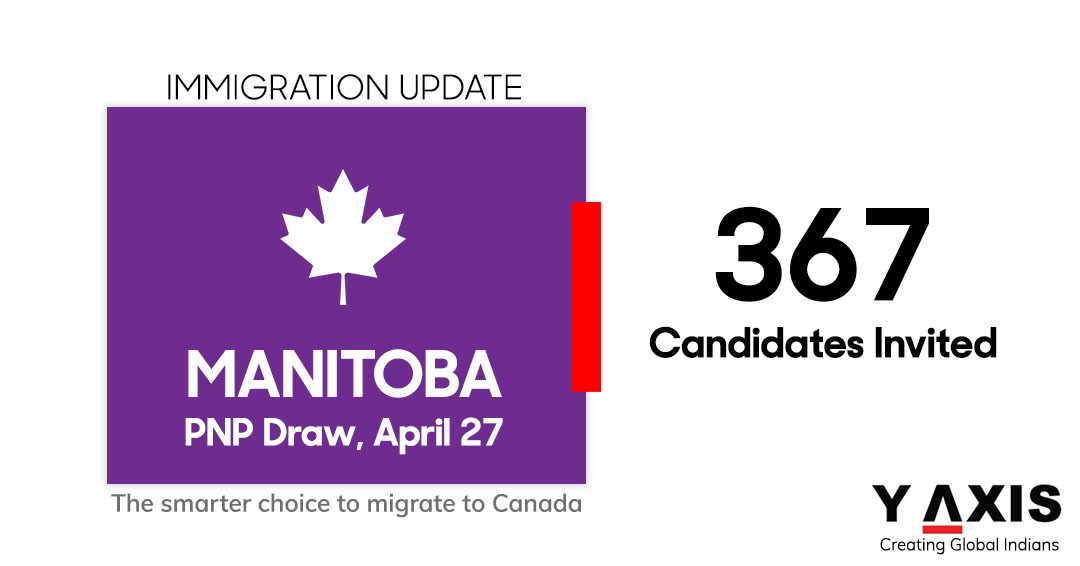 The province of Manitoba in Canada has held its third round of invitations in April 2021 under the Provincial Nominee Program [PNP].

The latest Manitoba Provincial Nominee Program [MPNP], or Manitoba PNP, draw has been held on April 26, 2021. This is MPNP’s EOI Draw #114, to be held by Manitoba PNP under the Expression of Interest System.

Of the total 367 invitations – also referred to as letters of Advice to Apply [LAAs] – issued by the MPNP in the third draw of the month, 34 MPNP invitations went out to federal Express Entry candidates. Candidates, that is, who had declared their job seeker validation code along with their valid Express Entry ID.

Those invited can now proceed to submitting their application to the MPNP for a nomination for Canadian permanent residence.

EOIs from Canada immigration candidates under the Skilled Worker Overseas have only been considered provided they had “an IRCC Express Entry ID and job seeker validation code” and were “directly invited by the MPNP under a Strategic Recruitment initiative”.

Federal Express Entry candidates that have received LAAs from MPNP will only be eligible for a nomination if their IRCC Express Entry profile was valid at the time of the assessment of their MPNP application.

An IRCC Express Entry candidate that is successful in securing a PNP nomination – through any of the federal Express Entry linked PNP streams – is guaranteed an invitation by IRCC in the next Express Entry draw to be held.

A PNP nomination in itself fetches 600 CRS, or ranking, points for a federal Express Entry candidate.

Here, by IRCC is implied Immigration, Refugees and Citizenship Canada which facilitates the arrival of immigrants into Canada, among other things.

With the latest LAAs issued by the MPNP on April 19, a total of 2,636 Canada immigration candidates have been invited by Manitoba so far in 2021.