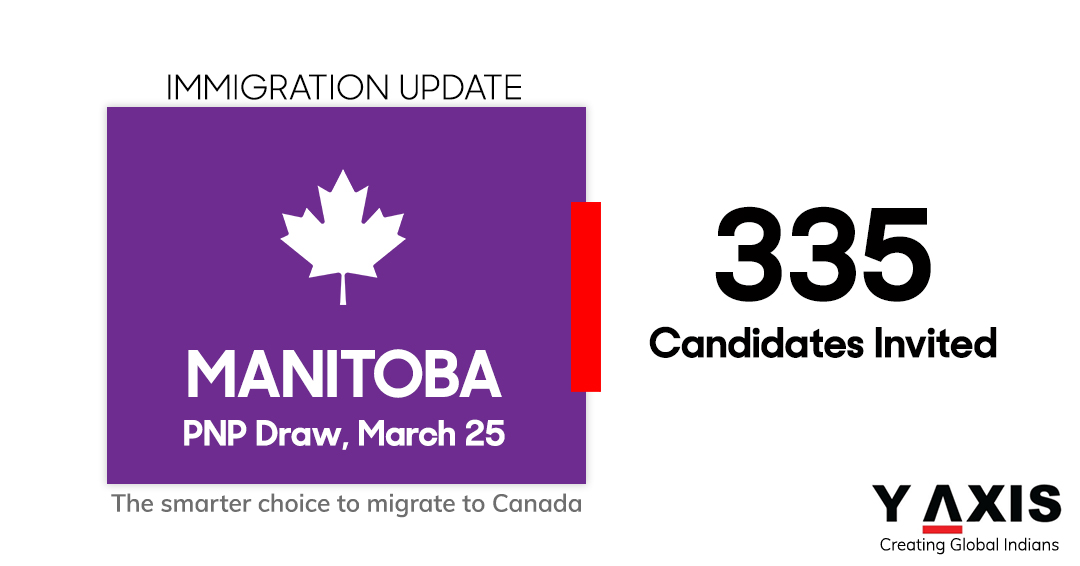 The province of Manitoba in Canada has held another round of invitations under the Provincial Nominee Program [PNP] of Canada.

On March 25, 2021, the Manitoba Provincial Nominee Program [MPNP] held its EOI Draw #111. By EOI here is implied the Expression of Interest system.

An EOI profile will have to be created with the MPNP as a way of communicating an interest in settling within the province on being granted Canadian permanent residence.

Of the total 335 invitations – also referred to as Letters of Advice to Apply [LAAs] – 49 went out to candidates that had “declared a valid Express Entry ID and job seeker validation code”.

This is the second MPNP draw to be held in March 2021. The previous draw of the month was held on March 11.

Manitoba is one of the 9 provinces and 2 territories in Canada that are a part of the PNP of Canada. Quebec, with its own immigration program as per the Canada-Quebec Accord, is not a part of the PNP.

Nunavut, on the other hand, has no immigration program as such.

While some select Manitoba for the employment opportunities that it has to offer, others choose Manitoba so that they could be closer to their families.

According to the MPNP, “According to a recent survey, 85 per cent of Manitoba provincial nominees were working three months after arrival, 76 per cent were homeowners within five years and 95 per cent of families settle permanently in the community, making Manitoba their new home.”

An Express Entry candidate that receives a nomination – under any of the Express Entry-linked PNP streams – gets 600 ‘additional’ points automatically allotted to their Comprehensive Ranking System [CRS] scores.

Thereby, a PNP nomination effectively guarantees that Express Entry candidate being invited by Immigration, Refugees and Citizenship Canada [IRCC] in the next federal draw to be held.