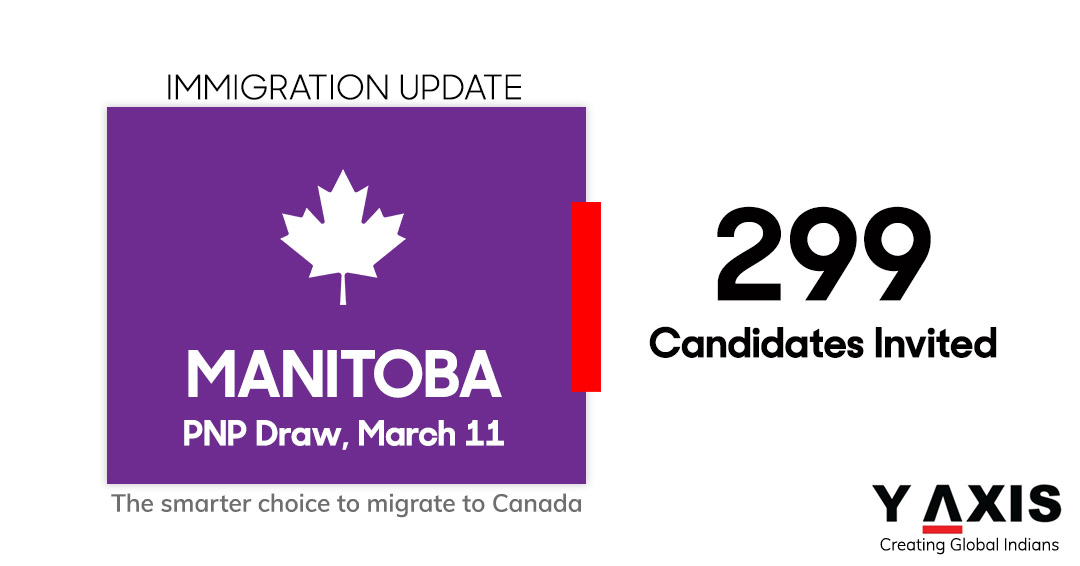 The province of Manitoba has held its latest round of invitations under the Provincial Nominee Program [PNP] of Canada.

On March 11, 2021, a total of 299 invitations – also referred to as Letters of Advice to Apply [LAAs] – were issued by the Manitoba Provincial Nominee Program [MPNP]. Of these, 35 were forManitoba Express Entry, that is, Express Entry candidates that had “declared a valid Express Entry ID and job seeker validation code”.

Those invited can proceed to submitting their application to the MPNP under the relevant category.

According to the MPNP, “Candidates who indicated that they are working in a regulated occupation and are fully licensed to work in Manitoba have been selected in this draw.”

For an Express Entry candidate, a provincial nomination is a guarantee of receiving an invitation by the federal government of Canada to apply for Canadian immigration.

A PNP nomination – through any of the Express Entry-linked PNP ‘streams’ or immigration pathways – leads to 600 points being added to the ranking score of the candidate based on the Comprehensive Ranking System [CRS].

With the CRS 600 points boost, a provincial nominee is assured of receiving an Invitation to Apply [ITA] from Immigration, Refugees and Citizenship Canada [IRCC] in the next federal Express Entry draw to be held.

With the latest round of invitations, the Manitoba PNP program has invited a total of 1,292 so far this year.