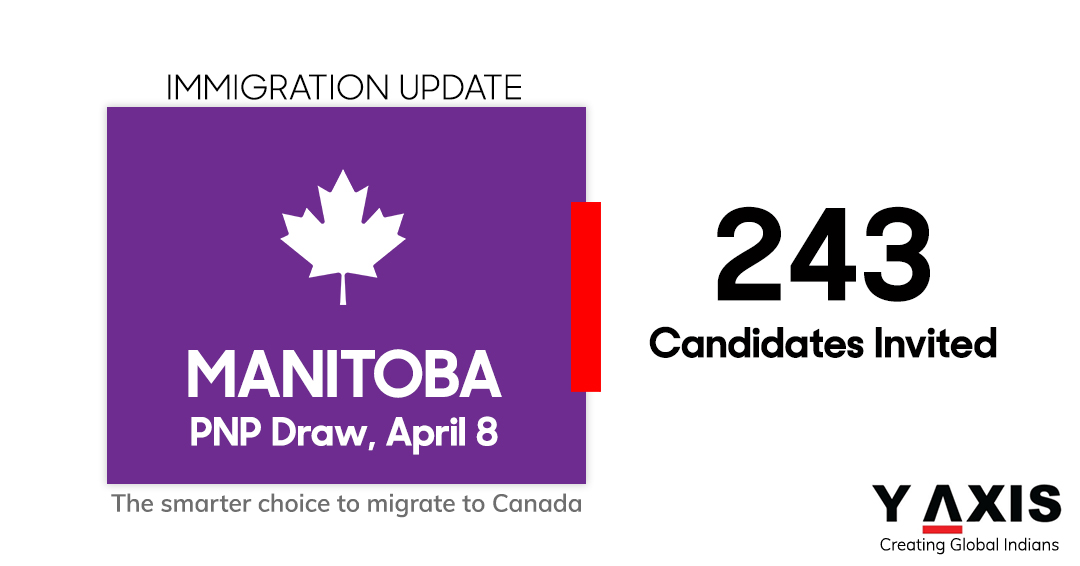 Canada’s Manitoba province has held another round of invitations under the Provincial Nominee Program [PNP].

On April 8, 2021, a total of 243 Letters of Advice to Apply [LAAs] were issued by the Manitoba Provincial Nominee Program [MPNP] inEOI Draw #112. Of these, 15 invitations went out to Express Entry candidates.

By ‘EOI’ here is implied the Expression of Interest System of the MPNP.

Those invited can now proceed to applying to the MPNP for being provincially nominated for their Canadian permanent residence.

Locally driven, based on the specific requirements of Manitoba employers, the MPNP for Skilled Workers provides a Canada immigration pathway for “internationally trained and experienced workers” that have the skills required in the local labour market.

Such international workers are nominated by the MPNP for receiving Canadian permanent resident visas for settling and working within Manitoba.

Skilled workers interested in immigrating to Manitoba under the PNP of Canada will be required to begin the process with the creation of their Expression of Interest or EOI profile with the MPNP.

Following successful registration, a score out of 1,000 – referred to as the EOI score – will be allotted to the candidate. The minimum EOI score cut-off for the different MPNP pathways included varies from draw to draw.

The International Education Stream, on the other hand, is dedicated to international students graduating in Manitoba that meet the requirements of the industry, providing them an expedited pathway to MPNP nomination.

Express Entry candidates that are able to secure a nomination through any of the provinces or territoriesunder the Canadian PNP are automatically allotted 600 CRS or ComprehensiveRanking System points.

It is the ranking of an Express Entry profile – based on the CRS, out of a total of 1,200points – that decides who are invited by Immigration, Refugees and Citizenship Canada [IRCC] to apply for Canada PR. It is the highest-ranked that receive IRCC invitations to apply.

Applying for Canadian permanent residence through the Express Entry system is by invitation only. Not all are invited.

With the latest LAAs issued by the MPNP on April 8, a total of 1,870 Canada immigration candidates have been invited by Manitoba so far in 2021.