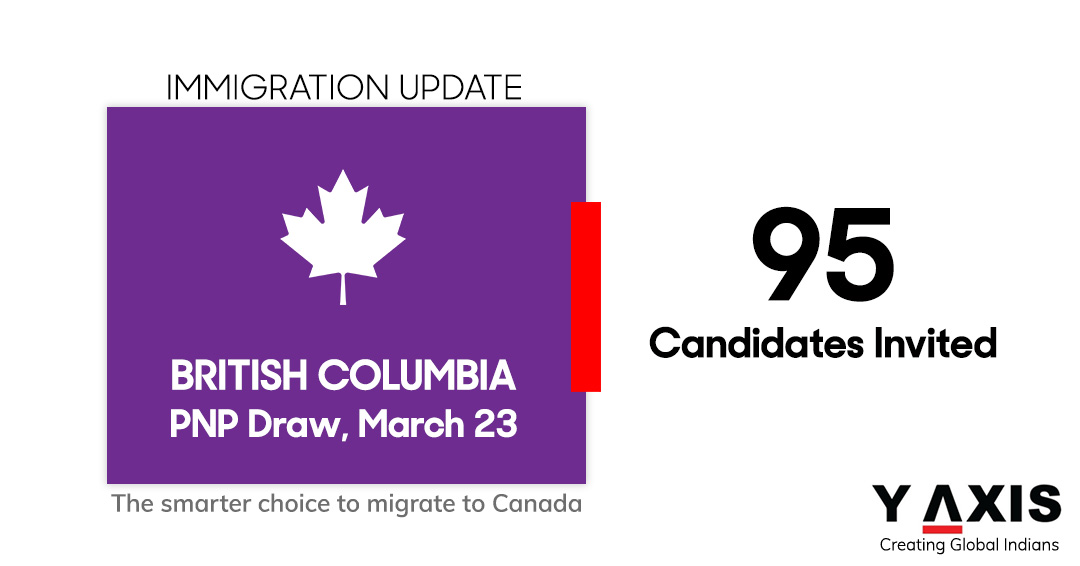 On March 23, 2021, a total of 95 Canada immigration candidates received invitations through the British Columbia Provincial Nominee Program [BC PNP].

Selected candidates have been invited to apply for a provincial nomination – through British Columbia – for theirCanadian permanent residence.

As this was a BC PNP Tech Pilot draw, only candidates with their occupation under any of the 29 key tech occupations were considered.

An expedited immigration pathway, the BC PNP Tech Pilot is specifically targeted at individuals with tech skills applying for Canadian permanentresidence that will contribute to the shared prosperity of the province.

Note. By the “minimum score” here is implied the score allotted on registration with the Skills Immigration Registration System [SIRS], an online points-based application management system.

The primary difference between the categories of SI and EEBC lies in that while the EEBC is linked with the federal Express Entry system, the SI category runs independently.

An Express Entry candidate that is able to secure a PNP nomination – through any of the Express Entry-aligned PNP ‘streams’ or immigration pathways – is automatically allotted 600 points towards their ranking score.

Express Entry profiles are ranked against one another based on the Comprehensive Ranking System [CRS] that has a maximum of 1,200 points available. Of which, 600 points are for human capital factors, such as age, work experience, education, language ability etc.

Another 600 ‘additional’ points are kept for factors such as a PNP nomination, arranged employment in Canada etc.

With the CRS 600 boost got by a PNP nomination, that Express Entry candidate is guaranteed an invitation by Immigration, Refugees and Citizenship Canada [IRCC] in the subsequent federal draw to be held.

In 2020, a total of 9,310 invitations were issued by the BC PNP under thecategories of SI and EEBC.