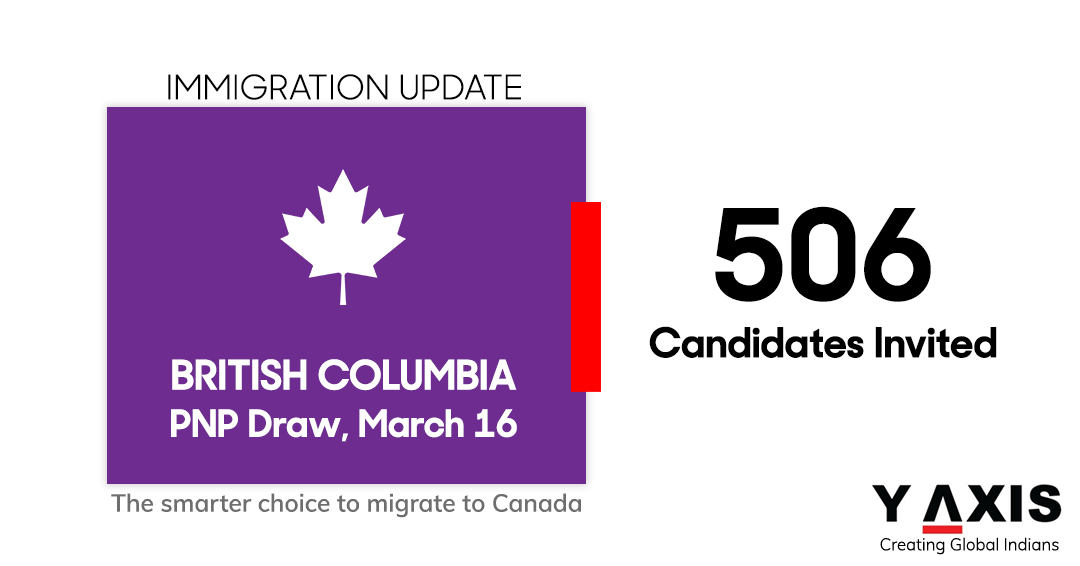 On March 16, 2021, two separate draws were held by theBritish Columbia Provincial Nominee Program [BC PNP]. 428 Canada immigration candidates – under the categories of Skills Immigration and Express Entry – were invited in one of the draws.

Another 78 invitations went out in another draw conducted separately for two occupations. Based on the National Occupational Classification [NOC] matrix, these jobs were that of Retail and wholesale trade managers [NOC 0621], and Restaurant and food service managers [NOC 0631].

The BC PNP Skills Immigration [SI] and Express Entry BC [EEBC] streams are targeted at workers or international graduates that have the education, skills, and/or experience needed for high-demand occupations in BC.

If approved as a provincial nominee, the applicant – and their dependent family members – might proceed to applying to Immigration, Refugees and Citizenship Canada [IRCC] to become a Canadian permanent resident under the Provincial Nominee class.

A federalExpress Entry candidate that secures a PNP nomination – through any of the PNP ‘streams’ or pathways linked with the Express Entry system – is allotted 600 CRS points, thereby guaranteeing an invitation by IRCC in the next Express Entry draw to be held.

By CRS here is implied the Comprehensive Ranking System [CRS] that is used for ranking the profiles while in the Express Entry pool. It is the highest-ranked that are invited to apply for Canada PR.

Generally, prior registration will be required for the BC PNP to consider a candidate in the draws held from the SI and EEBC categories.

With the latest round of invitations, British Columbia PNP has invited a total of 2,440 so far in 2021.