Tarun Gupta: From an International Student to first Indian-origin CEO of Stockland 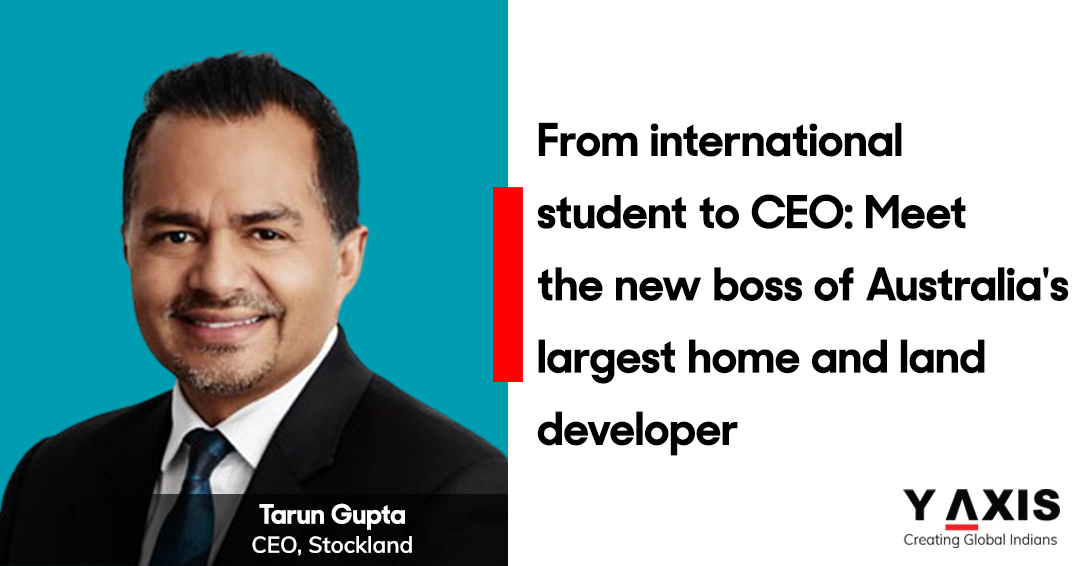 In June 2021, Tarun Gupta joined Australia-based Stockland as the Managing Director and Chief Executive Officer, succeeding Mark Steinert who had been the MD and CEO since 2013.

Announcing the appointment of Tarun Gupta, Stockland Chairman Tom Pockett stated, “The Stockland Board is delighted to welcome Tarun Gupta as our new Managing Director and Chief Executive Officer. Gupta has deep commercial experience and a proven track record in leading and managing large property operations. We know that he is highly regarded in the industry and has a strong reputation among property investors.”

Now a part of Stockland, Tarun Gupta has held a wide range of senior roles in the past. Previously, Gupta was the Chief Financial Officer with Lendlease.

29 years ago. Tarun Gupta had come to Australia as an international student.

Today, Gupta heads one of the largest real estate development companies in Australia and is the first Indian-origin CEO of Stockland.

Tarun Gupta had arrived in the country in 1994 for pursuing his MBA from Australia.

While growing up in India, Tarun Gupta lived with family at different places in Uttar Pradesh – including Lucknow, Gonda, Sitapur, Moradabad, and Kanpur – as his father was employed in a transferrable government job.

Now, Tarun Gupta lives in Sydney with his wife and two teenaged sons.

According to Tarun Gupta, Australia rewards the hard-working and the “sky is the limit for ambitious people” that come to Australia in search of a better future.

Australia immigration is expected to see a post-pandemic boom.