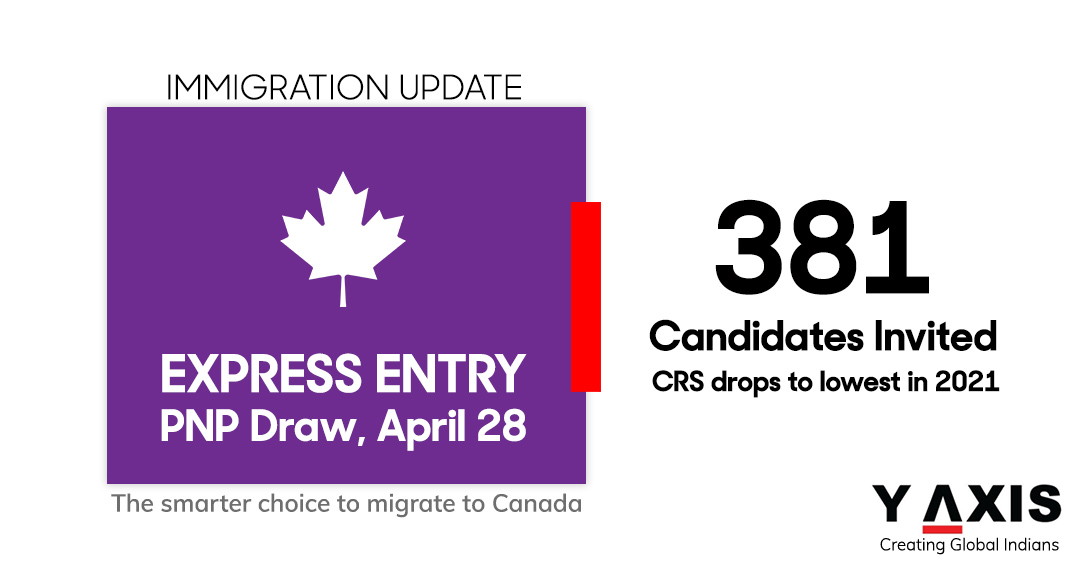 The federal government of Canada has held its fourth round of invitations in April 2021 – through Immigration, Refugees and Citizenship Canada [IRCC] – under the Express Entry system.

Those invited can now proceed to submitting their application to IRCC for their Canadian permanent residence.

This is the fourth Express Entry draw to be held this month. The previous draws of the month were held on – April 16, April 14, and April 1.

A provincial nominee is an individual that has been nominated, by any of the provincial or territorial [PT] governments, under the Provincial Nominee Program [PNP] of Canada.

As this was a PNP-only Express Entry draw, the ranking score of the lowest-ranked candidate was that of CRS 717.

A PNP nomination in itself fetches an Express Entry 600 ‘additional’ points towards their ranking score as per the Comprehensive Ranking System.

Simply put, Express Entry profiles created at an earlier date get priority over profiles that have been entered into the pool of candidates at a later date.

No all-program Express Entry draws have been held so far by IRCC in 2021. However, for a skilled worker, eligible for the Federal Skilled Worker Program [FSWP], awaiting all-program draws to resume, a recommended course of action in the present scenario would be that of securing a PNP nomination.

With a CRS 600 boost gained through a PNP nomination, an Express Entry candidate is guaranteed an invitation to apply [ITA] by IRCC in the subsequent Express Entry draw to be held.