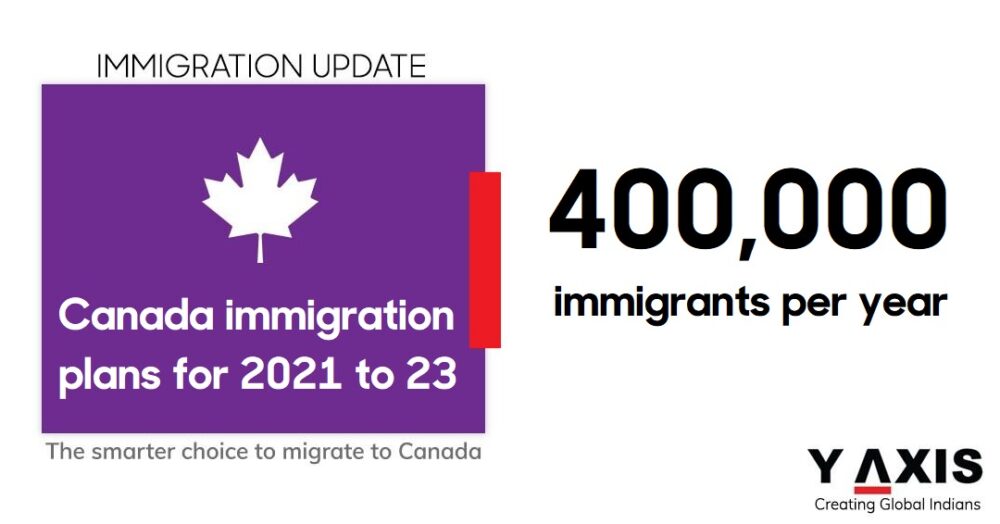 On October 30, 2020, the federal government of Canada announced its 2021-2023 Immigration Levels Plan. The announcement comes as a part of the 2020 Annual Report to Parliament on Immigration.

According to the statement by Minister of Immigration, Refugees and Citizenship Marco E. L. Mendicino in the Annual Report, “Canada continues to be a safe and welcoming destination for immigrants, refugees and asylum seekers. Immigrants enrich Canada beyond measure …. Newcomers bring their heritage and culture, but also their talent, ideas and perspectives.”

For over a century, Canada has relied upon immigration as a means of supporting the economic, cultural along with population growth in the country.

In addition to those choosing to migrate overseas to Canada, many others head towards Canada as well for staying temporarily – as a temporary foreign worker, international student, or simply a visitor.

Irrespective of their pathway into Canada, all contribute to the Canadian economy, while supporting the success and growth of different industries. The diversity and multiculturalism in Canada also gets a boost in turn.

Emphasizing the importance that immigration holds for Canada, the 2020 Annual Report lays down that, “Immigration has helped to build the country that the world sees today – a diverse society with strong economic and social foundations, and with continued potential for further growth and prosperity.”

Further, the Report states, “Immigration will continue to be a key driver in advancing Canada’s economy, especially in the context of low birth rates and its vital role in growing the working age population, and it will remain so into the future.”

Estimates suggest that by early 2030s, the population growth in Canada will rely exclusively on immigration.

The immigration target for 2020 was set for 341,000, as per the 2020-2022 Immigration Levels announced on March 12 this year. However, the imposition of COVID-19 special measures a week later [on March 18] has impacted the total admissions of newcomers into the country.

In order to compensate for the shortfall, the federal government of Canada has set – in 2021-2023 Immigration Levels Plan – the most ambitious immigration target in Canadian history.

Historically, the only time that more than 400,000 immigrants found their way into Canada within a year was in way back in 1913.

According to the 2020 Annual Report, “The 2021–2023 Immigration Levels Plan has been developed considering the evolving situation of COVID-19 and its implications for permanent resident admissions.”