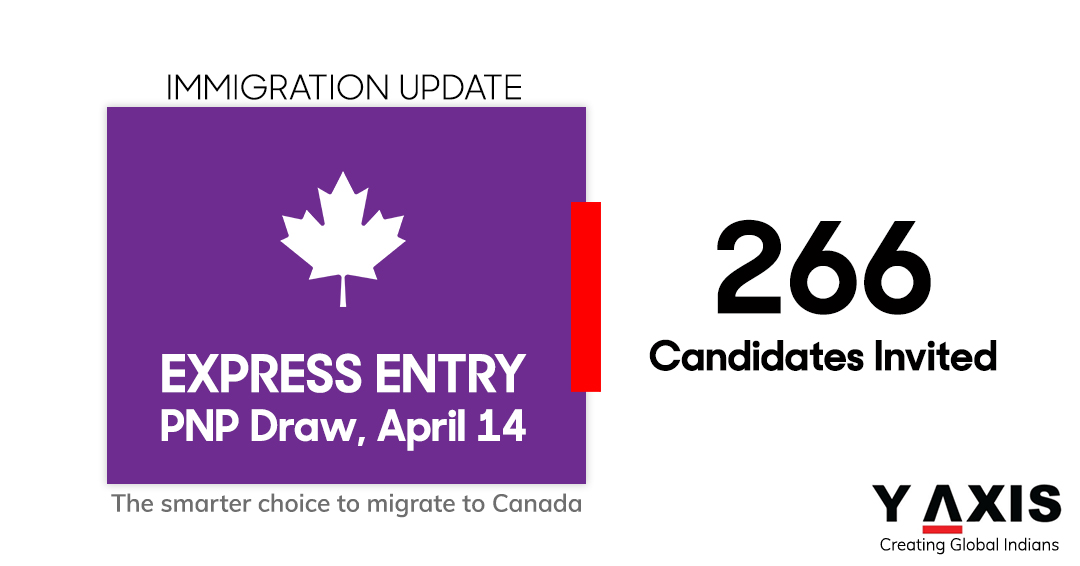 The federal government of Canada has held another round of invitations under the Express Entry System managed by Immigration, Refugees and Citizenship Canada [IRCC].

In the second draw to be held this month, another 266 Canada immigration hopefuls have been invited by IRCC in the latest Express Entry draw.

As this was another of the program-specific federal draws, only those Express Entry candidates that had a provincial nomination – under the Provincial Nominee Program [PNP] of Canada – were eligible.

The minimum ranking score requirement in the latest Express Entry draw was that of CRS 753. By CRS here is implied the Comprehensive Ranking System that is used for ranking the profiles while in the Express Entry pool.

It is the highest-ranked candidates that are invited in the various federal and provincial draws held from time to time.

Put simply, the higher the CRS that you have, the better the chances of your being invited by IRCC to apply for Canada PR.

Though the minimum score requirement – of CRS 753 – might appear to be on the higher side, it is nonetheless accounted for by the CRS 600 points gained by a provincial nominee merely by virtue of being nominated under Canada’s PNP.

Of the nearly 80 Canada immigration pathways available under the PNP of Canada, many are linked with the federal Express Entry system.

The PNP is the most recommended route for an Express Entry candidate with a low CRS score. With a 600-point boost got through a PNP nomination, the individual is assured of receiving an invitation from IRCC in the next Express Entry draw.

A tie-breaking rule of March 01, 2021 at 15:22:18 UTC was applied by IRCC in Express Entry Draw #182. Applicable only to profiles that have the minimum required score cut-off, the tie-breaking rule grants precedence to profiles created earlier as compared to those created at a later date.

Hence, with the tie-break applied, those Express Entry candidates that had a PNP nomination along with a CRS of 753 and above received an invitation, provided they had created their Express Entry profile before the date and time specified.

The most popular country for migrate overseas,Canada also remains the most-welcoming country for a migrant.

While immigrants are required in large numbers by Canada across sectors, there is an especially high demand for immigrants in the healthcare sector.