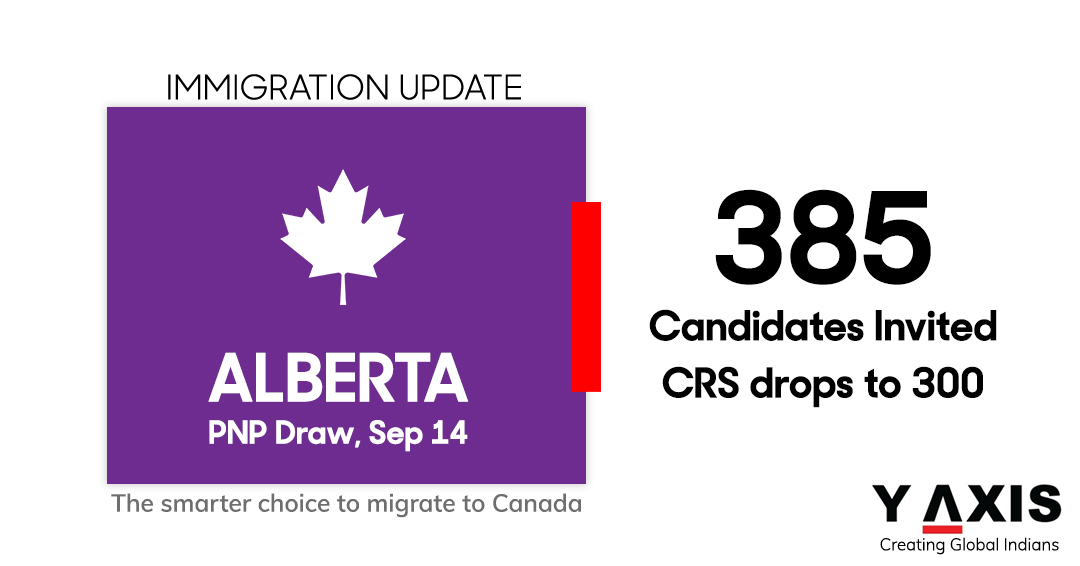 Alberta sets record in PNP draws by inviting candidates with a minimum score of 300 in two draws. It held two PNP draws in September 2021 for Express Entry candidates.

The Alberta Express Entry stream is an enhanced program that allows the Alberta government to look for profiles in the Express Entry pool of candidates eligible for provincial nomination.

The Express Entry follows a score based on the Comprehensive Ranking System (CRS), based on which every candidate will be allotted a score. The score will be given depending upon the following factors:

The candidates are also allowed to immigrate to Canada through the Express Entry system without a provincial nomination.

It is possible to immigrate through the Express Entry system without a provincial nomination. However, people who have lower CRS scores may opt for a PNP. The provincial nominees will get an added 600 points to their overall score. For instance, if the lowest-scoring candidates in the new Alberta draw receive the nomination, their new CRS score will be 901, which is more than enough to get an invitation to the Express Entry draw.

The eligibility required for the provincial nomination through the Alberta Express Entry stream, you should have work experience in an eligible occupation.

In fact, Alberta offers a list of occupations that are not eligible for the stream. People who apply under this stream work as:

The candidate’s Express Entry profile should indicate your interest in migrating to Alberta. Few factors like work experience, or a job offer in Alberta, will increase the chances for the nomination. The factors like Canadian education, having a parent, child, or sibling who is a permanent resident or citizen in Alberta also supports your application.