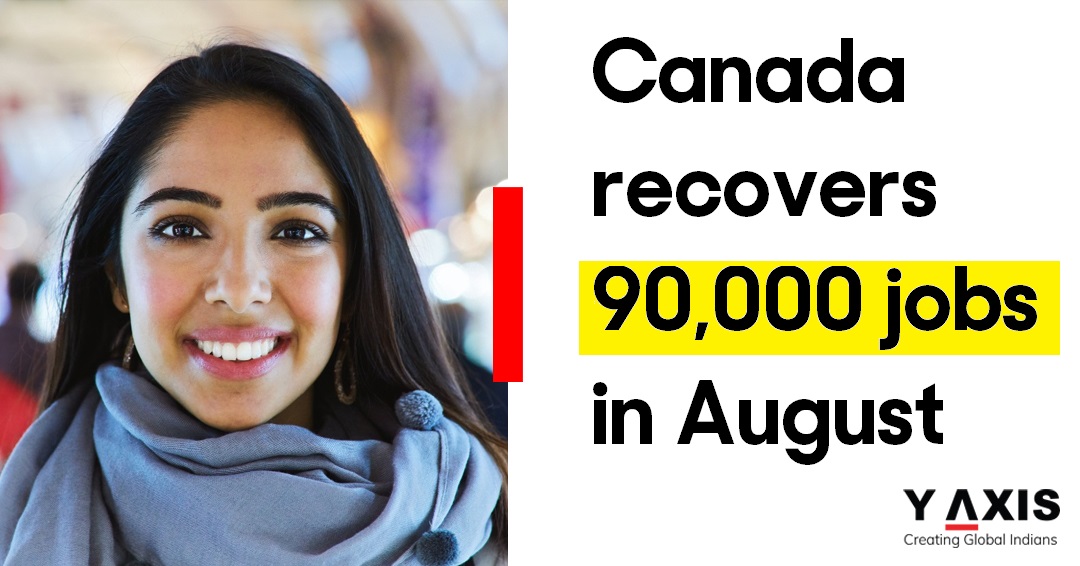 According to the newest Labor Force Survey, the number of people employed in Canada almost caught up to pre-pandemic levels in August.

Canada recovered 90,000 jobs in August, which indicates that employment rose. These gains in August and prior months bought Canada’s employment up to just 156,000 employees shortage compared to February 2020 level, before pre-pandemic.

According to the statistics, Canada has opened up to most regions by following all the public health measures from August 15 to 21st. The borders are open even for U.S. tourists and allowed the tourists who are fully vaccinated. During this time, the tourism industry could expand to potential customers from the States.

The increase in the employment rate was seen in services-producing industries, especially in the accommodation and foodservice industries. In contrast, significant gains were observed in the information, culture, and recreation industries. Since past March, the number of people working in construction industries has increased.

Comparatively, there is little change or no change in other provinces. Unemployment was at the lowest rate since the onset of pandemics, but the rate changed from 7.1 percent to a little high during the second month in a row.

While the long-term unemployment percentage was dropped to almost 7 percent during August, which remained 120 percent and above during pre-pandemic levels.

The very recent immigrants (who landed within the past five years) could see an uptrend in the employment rate, which is nearly 70 percent. This is more than 6 percent compared to August 2019. This is due to the reduction in the number of immigrants in 2020 due to pandemic travel restrictions.

In August 2021, the employment rate increased to almost five percentage points among Canadians and went up to 78 percent.