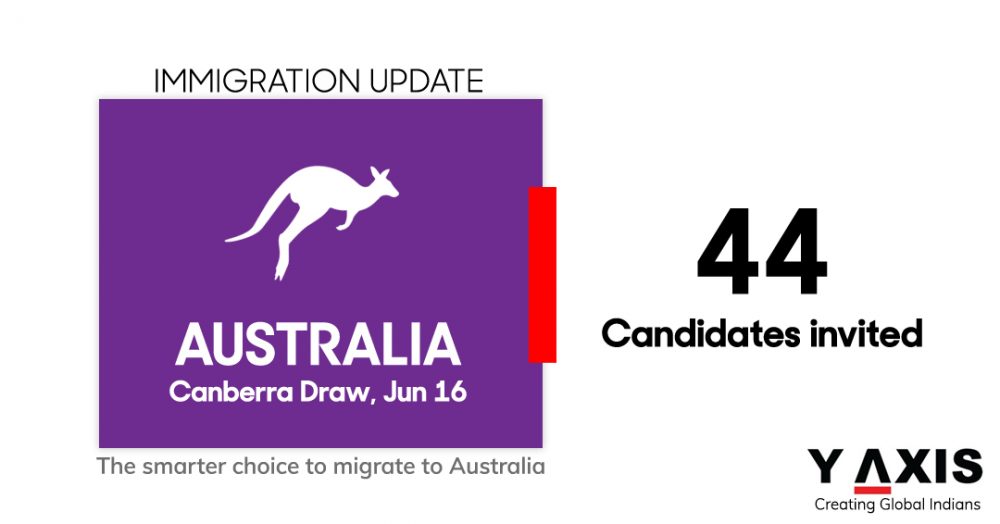 Highlights of the Canberra Matrix draw

Details of the Canberra draw

The table gives the detailed information of the Canberra Matrix draw held on June 16, 2022:

How are candidates selected in Canberra draw?

Canberra Matrix draw has issued invitations to 44 candidates for Canberra residents and Overseas applicants. The candidates having the highest score received these invitations, which permits them to work in Australia. The cut-off score is given based on the date of submission, occupation cap and demand.

If the demand increases for an occupation, the rank of the candidates is also raised and the highest-ranked candidates are invited.

In the previous Canberra draw held on June 11, 2022, 33 candidates were invited.

New updates about occupations in Australia

Australia Fair Work Commission is also taking steps to increase the wages. As per the recent update it has announced the highest rise of minimum wages in 2022.


Willing to migrate to Australia? Talk to Y-Axis, the world’s no. 1 overseas immigration consultant.