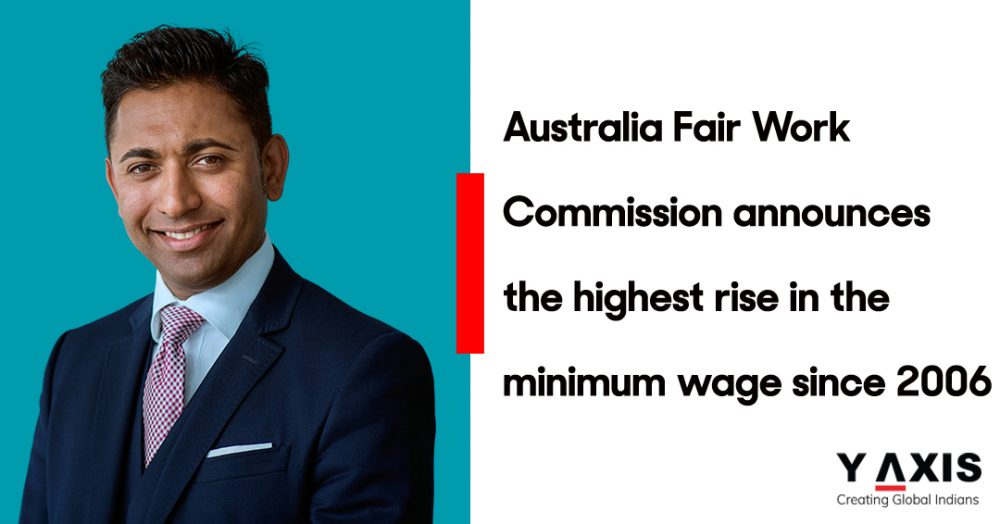 The Australian Government announced a slight increase in the minimum wage by 5.1%. In addition to that Fair Work Commission also announced a minimum wage of 5.2%, which means $40 per week, effective from July 1.

The minimum wages increased by less than 4.6%, with a minimum of $40 a week. The worker’s compensation is $869.60 per week, whereas those earning less will receive a $40 increase.

Job outlook in Australia for 2022

Around 2% of workers in Australia are low-paid with the national minimum wage, while 23% of them get the minimum award rates.

The workers who will get the increased award minimum wage will affect on July 1, except Aviation, Hospitality, and tourism people will have this minimum wage effect from October 1.

Philip, the Reserve Bank Governor, said, “the inflation is to increase to 7% by the end of 2022“. Most Employers insisted on a lower increase, while the Master Grocers Association and Restaurant and Catering Australia claimed no increase, whereas the ACTU wanted only a 5.5% increase.

Prime Minister Anthony Albanese stated, “the low-income workers should not go in reverse. We would give our absolute support for the increase of low-paid workers to match the inflation rate of 5.1%.”

The slight rise in the inflation rate has affected and made the cost of living, and the labor markets strengthen, directly influencing the businesses and the workers.

The panel that suggested the minimum wages have concluded that with the current strength of the labor market, the increase will not negatively affect “the achievement and competitiveness of the Australian economy.“

*Do you want work in Australia? Speak to Y-Axis overseas Australia immigration career consultant for guidance

The annual inflation is expected to come down by the second half of next year. One can anticipate the lower headline inflation rates in the first quarter of the year.

An annual wage review is a tool that generates wage growth, affecting one person in every four workers to deliver the wage growth across the economy.

To handle the current system’s failure in delivering the wage increase, though the low unemployment, high productivity, and high profits. The annual wage review is being worked to get in place.

What are the benefits of working in Australia?

Currently, Australia needs a retrospection of the persisting inflation problem. Despite COVID-19 adverse effects, we cannot accept the working Australians and their families to go backward, whereas the big businesses do well.

Most businesses have already been in the process of rebounding in recent months with a multi-speed economy. The disruption caused or many award-reliant companies are recovering from the pandemic.

The panel appreciates the decision to increase the minimum wage is a great start to bringing inflation down.

Do you have a dream to migrate to Australia? Talk to World’s no.1 Y-Axis Australia overseas migration consultant.