British Columbia invites 387 in latest BC PNP round of invitations 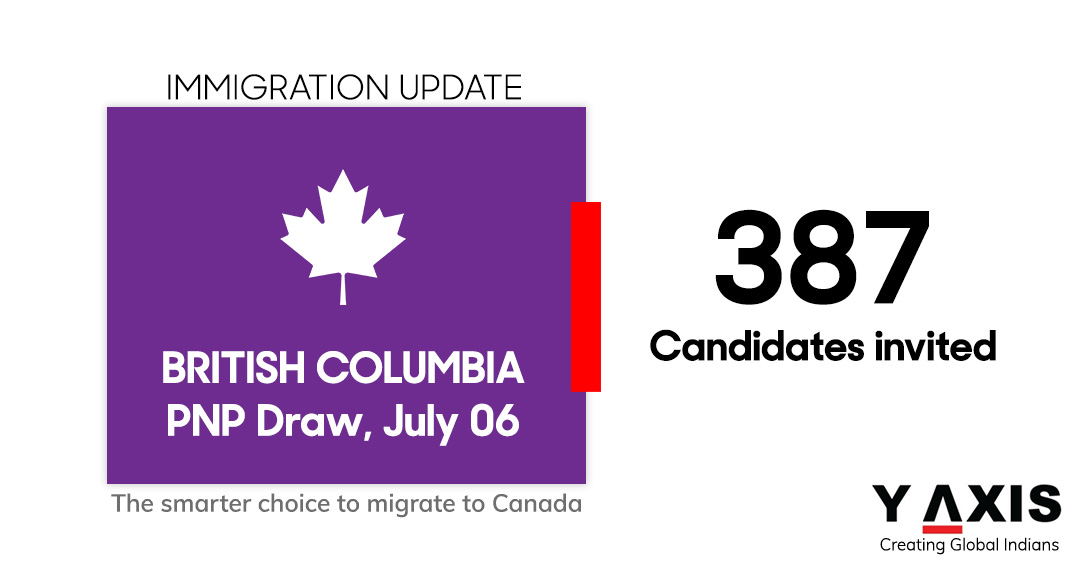 The province of British Columbia in Canada has held another round of invitations under the Provincial Nominee Program [PNP].

On July 6, 2021, a total of 387 invitations to apply [ITAs] were issued by British Columbia PNP to Canada immigration hopefuls. 2 draws were held the same day.

Invitations issued in the latest provincial draw by British Columbia went out to candidates eligible for the Skills Immigration [SI] or Express Entry BC [EEBC] categories.

While the EEBC category is linked with the federal Express Entry system, the SI runs independently.

Those invited can now proceed to applying to the BC PNP for being nominated by the province for permanent residence in Canada.

By the “minimum score” –  in a BC PNP draw targeting SI and EEBC candidates –  is implied the score given following an assessment of certain factors on registration with the BC PNP’s Skills Immigration Registration System [SIRS].

Those invited can now proceed to applying to the BC PNP for being nominated for Canada PR.

Following a nomination, the candidate can apply for their permanent residence through Immigration, refugees and Citizenship Canada [IRCC].

With the latest BC PNP draw, around 6,000 BC PNP invitations have been issued by British Columbia PNP in 2021 so far.