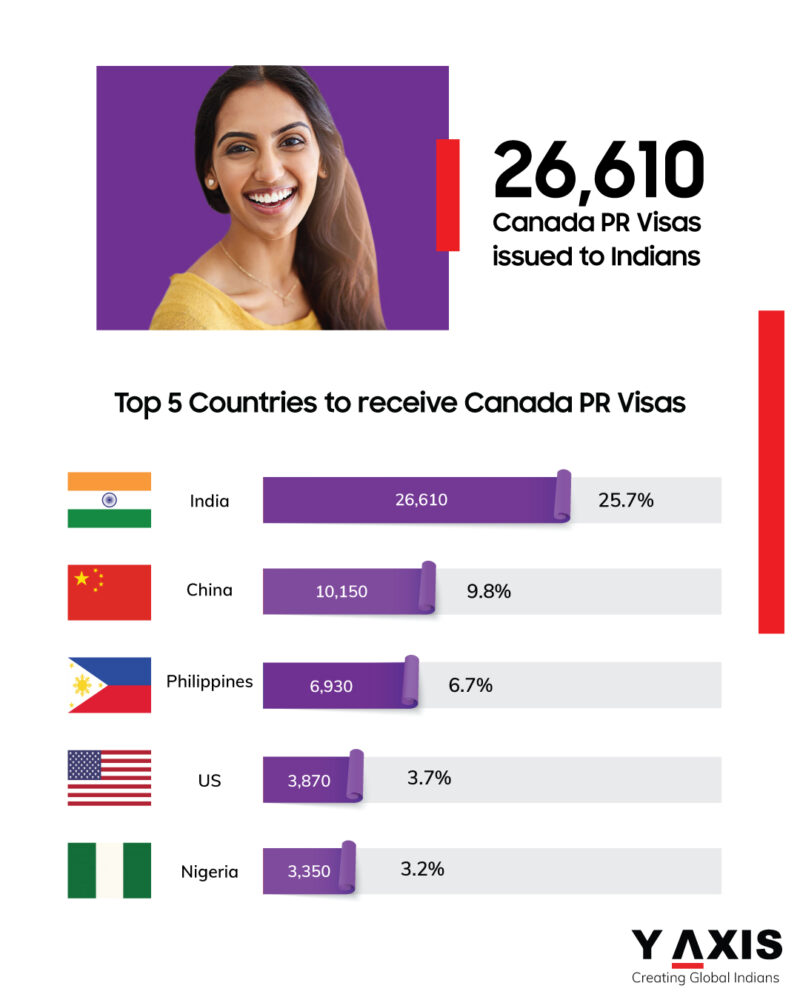 As per the official data released by Immigration, Refugees and Citizenship Canada [IRCC], as many as 103,420 newcomers were welcomed by Canada in the first 6 months of 2020.

Of these, many were from India.

China followed India as the second-largest source country for Canada immigrants. In the first half of 2020, Canada awarded permanent residence to 10,150 immigrants with China as their country of origin.

As per IRCC statistics, of the total 103,420 newcomers welcomed by Canada in the first half of the year, 63.7% were economic immigrants.

Announced on March 12, a week before the introduction of COVID-19 special measures by the Government of Canada, the 2020-2022 Immigration Levels Plan had projected the admission of 170,500 newcomers to Canada by June 30, 2020.

Nevertheless, flight restrictions due to COVID-19 pandemic led to Canada shifting their focus more to immigrants that were more likely to already be in Canada, such as those eligible for the Canadian Experience Class [CEC] or those with provincial nominations.

All-program Express Entry draws have been resumed by the Canadian government. The most recent all-program draw – including those eligible for Federal Skilled Worker Program [FSWP] – was held on August 5, 2020.