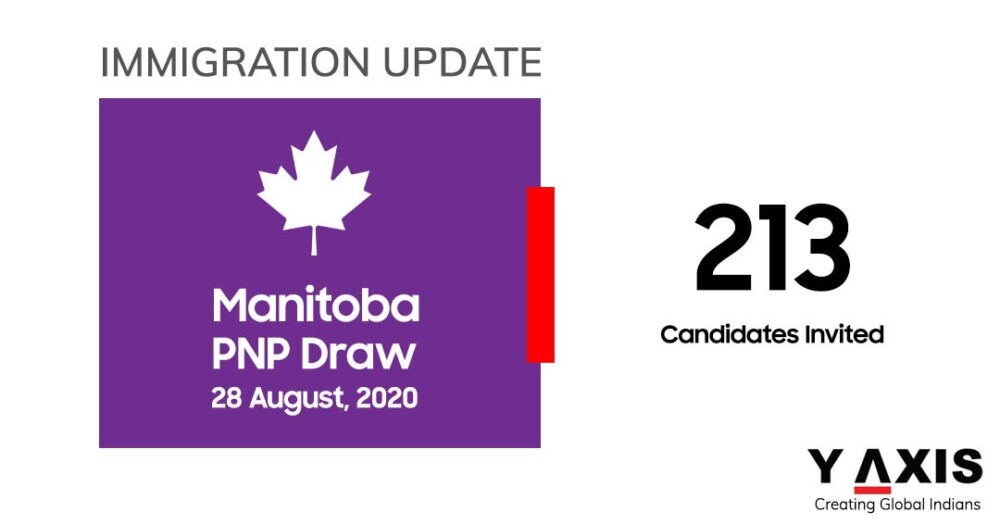 In the latest Manitoba Provincial Nominee Program [MPNP] draw held on August 27, the province of Manitoba in Canada has issued invitations to 213 immigration candidates to apply for a provincial nomination.

Note. – Of the 213 LAAs issued, 23 went to Express Entry candidates that had declared their job seeker validation code and Express Entry ID.

Express Entry candidates successful in securing a provincial nomination through any of the provinces/territories part of Canada’s Provincial Nominee Program [PNP] are allotted 600 additional CRS points. By CRS is implied the Comprehensive Ranking System used for ranking profiles in the Express Entry pool.

The higher the CRS, the sooner a candidate can expect to be invited by Immigration, Refugees and Citizenship Canada [IRCC] to apply for Canadian permanent residence.

There are 80+ immigration pathways under the PNP of Canada, many of them aligned with the federal Express Entry system. Provinces in Canada routinely go through the pool of Express Entry candidates, looking for suitable matches with the most potential of thriving economically in their province.

In order to be considered for a PNP nomination, the candidate is required to first register their Expression of Interest [EOI] profile with the concerned PNP. Each of the provinces has their own requirements and eligibility criteria.

Do keep in mind that if you intend immigrating to Canada through the PNP route, you must have the intention of settling within the province/territory that had nominated you.