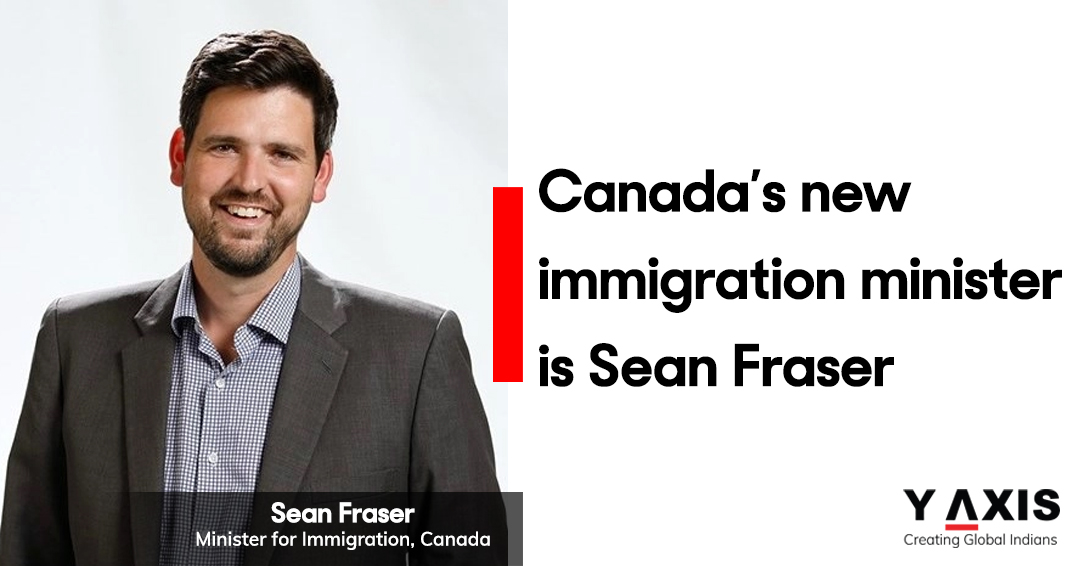 Nova Scotia’s Sean Fraser becomes the new immigration minister of Canada. Mendicino is to be the new Minister of Public Safety.

On October 26, 2021, the Prime Minister of Canada, Justin Trudeau, announced the members of cabinet following this fall’s elections.

Sean Fraser becomes Canada’s Minister of Immigration, Refugees and Citizenship. The previous Immigration Minister, Marco Mendicino, has been made the Minister of Public Safety. Mendicino had held the role since 2019.

A 37-year old former lawyer from Nova Scotia, Sean Fraser has served as a Member of Parliament. Elected to the Parliament in 2015, Fraser was later re-elected in 2019 and 2021.

Fraser holds a law degree from Dalhousie University, a Master’s degree in Public International Law from Leiden University in the Netherlands, and a Bachelor of Science from St. Francis Xavier University.

With the cabinet set, the Canadian Parliament is to reconvene on November 22, 2021.

Immigration, Refugees and Citizenship Canada (IRCC) will continue to meet its top priorities, as laid down in an October 21 meeting with associations representing Canadian immigration lawyers and consultants.

For the short run, the Top 3 priorities for IRCC remain –

Immigration candidates will continue to be invited through Express Entry, the Provincial Nominee Program (PNP), and Quebec’s immigration programs. The processing of applications will also continue.

Based on recent precedent, Canada’s new Immigration Planning Levels are expected to be unveiled by March 2022. Usually the Plan is released by November 1 each year, except in the case of elections being held.