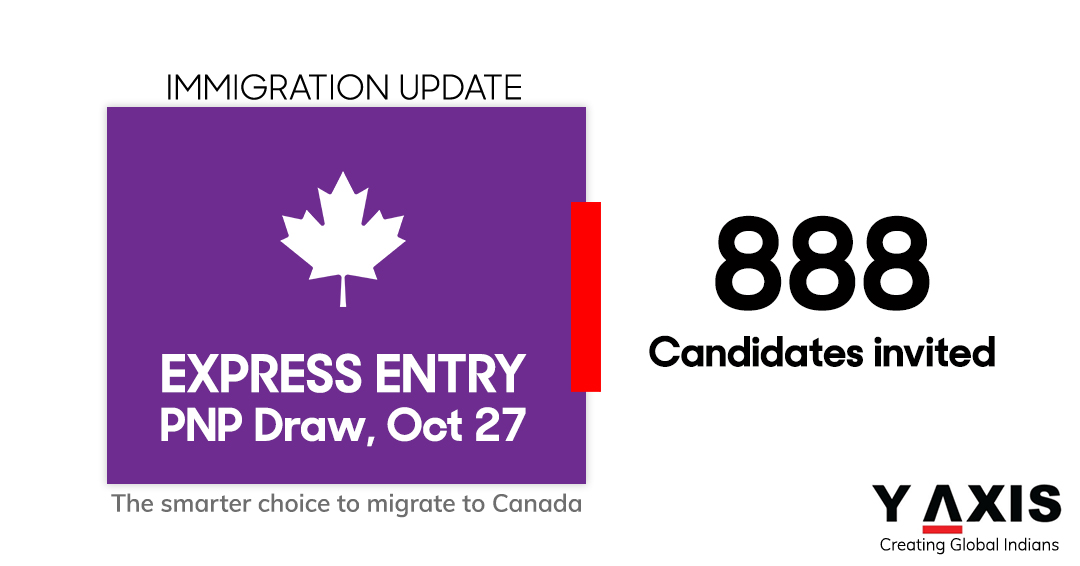 Canada Express Entry Program is the most popular immigration system globally, allows skilled professionals to immigrate in the fastest way.

The recent Express Entry draw held the fourth consecutive round of invitations to invite only PNP candidates.

In this draw, candidates having CRS scores of a minimum of 744 were invited. All the invited candidates had received 600 points because they received the provincial nomination from a Provincial Nominee Program (PNP). In comparison, the scores without nomination would be only 144.

*Check your Eligibility to Canada

You can check your eligibility score instantly with Y-Axis Canada Score Calculator for free.

Why only PNP draws since September?

During the pandemic, Canada holds Express Entry draws that invites PNP and Canadian Experience Class (CEC) candidates. Since September 14, IRCC did not held any CEC draw.

Because of this, the number of Express Entry candidates invited over the past month has been significantly less. CEC draws are typically larger than PNP draws because there are significantly more candidates.

The Express Entry broke its draw pattern on February 13. Later it did not hold another CEC draw for more than a month. It also held irregular CEC draws in April and May.

Compared to last year, IRCC has issued double the number of Invitations to Apply (ITAs) in 2021. It aimed to invite 108,500 newcomers through the Express Entry system. Till date it invited 111,265 candidates to apply for permanent residence.

The score requirements for each draw differ, and the requirements go up and down in CEC, and PNP only draws. The CEC draws have lower cutoffs compared to PNP draws. This is because CEC draws will concentrate only on one group of applicants. For instance, they will not compete with the people related to Federal Skilled Worker Program. The score will be down if the IRCC wants to invite more number of candidates.

In addition, the PNP candidates will get extra 600 points with their provincial nomination, so the PNP scores will be high compared to any other scores in Express Entry draws.

Also due to the PNP draws, the average score cutoffs have remained relatively high. This is entirely due to the 600-point award that comes with the provincial nomination.

According to Media representative…

If you are willing to