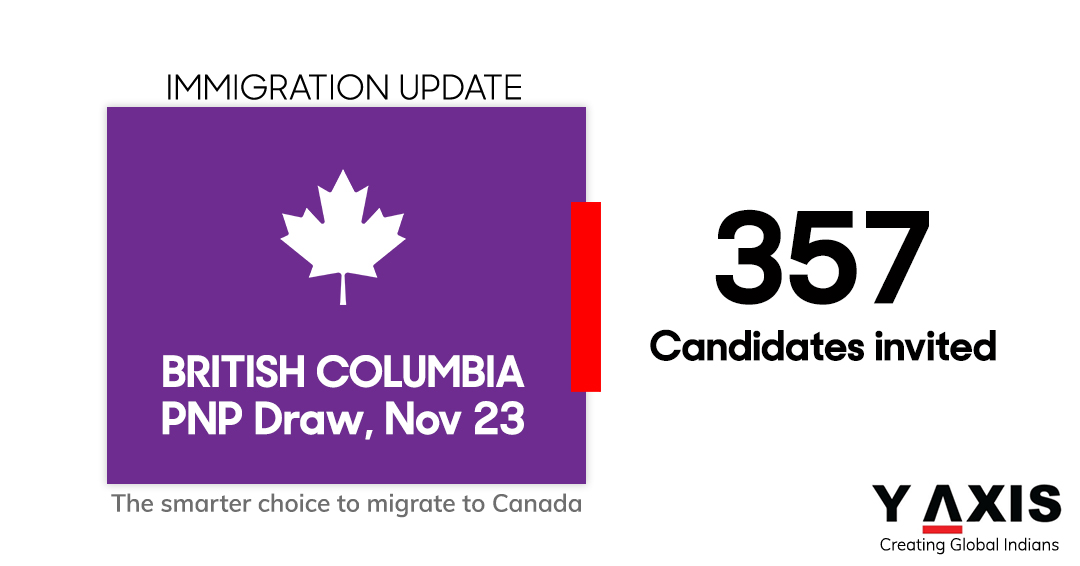 Canada’s British Columbia is among the 9 provinces and territories – with the exception of Quebec and Nunavut – that are a part of the Provincial Nominee Program.

On November 23, 2021, British Columbia PNP issued a total of 357 invitations in two separate draws held the same day. Invitations issued by the BC PNP are also referred to as Invitations to Apply (ITAs).

The previous round of BC PNP invitations was on November 16, 2021. Weekly invitations are issued by British Columbia under Canadian PNP.

Those invited can proceed to submitting their application for a nomination through British Columbia. If successful, the Nomination Certificate can be used to apply for Canadian permanent residence.

Canada PR application is the second part of the process of securing permanent residence in Canada through the provincial route. The application for Canada PR is to be submitted to the federal department of Immigration, Refugees and Citizenship Canada (IRCC).