Where do the world’s tourists spend their dollars? 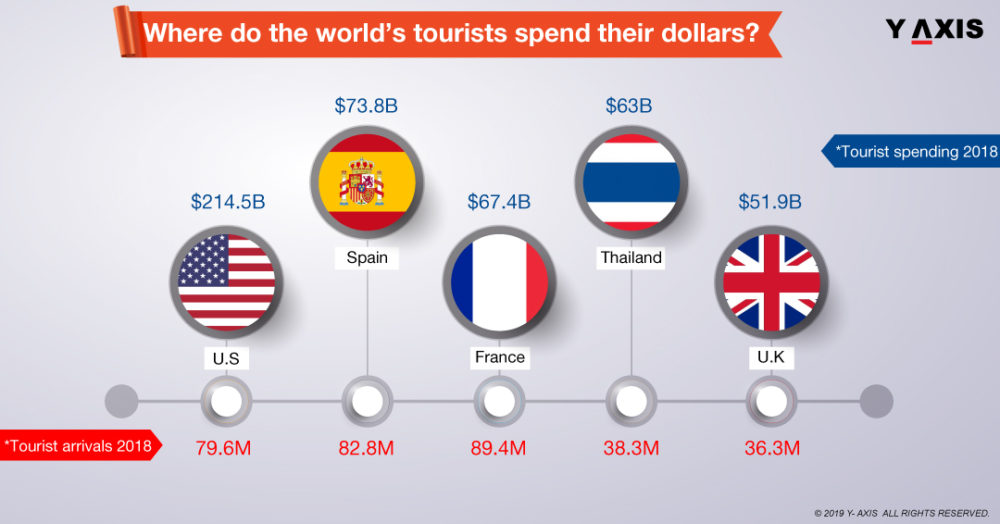 Most countries in the world know the fact that tourism is a major revenue grosser for their economy.  This is the reason many countries are willing to invest in tourism development. The return they gain is the amount tourists spend when they visit their country.

Based on information received from the World Tourism Organization (UNWTO), tourist spending across different regions, Europe stands at the top with $750 billion with more than 700 million tourists visiting the region in 2018.

Which countries do these tourists come from?

The highest spending tourists come from China who spent close to $270 billion in international tourism in 2018. This is almost twice the amount Americans spent on tourism in the same year.

Tourist spending is a significant contribution to a country’s economy. Many countries are waking up to this fact and are rolling out the red carpet to tourists.