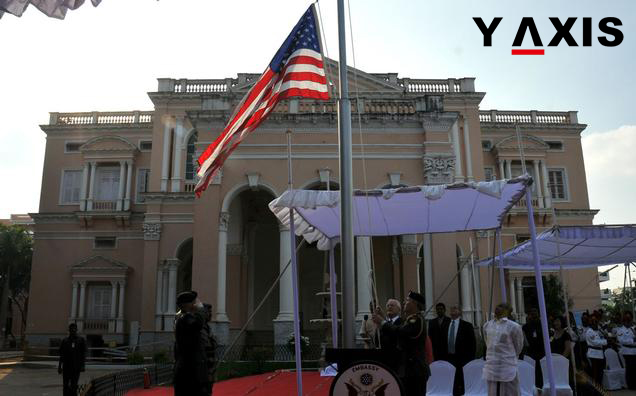 The US Embassy in New Delhi and its Consulates in Mumbai, Chennai, Kolkata and Hyderabad hosted the annual Student Visa Day on 8 June, which saw over 4,000 Indian students applying for visas to study in the United States. This was the third edition of the visa day which the US organised to improve relations in higher education with India.

MaryKay Carlson, Embassy Charge d’Affaires, was quoted by the Press Trust of India as saying that currently, one out of every six international students in America is from India and their contribution to every feature of the life at universities and in communities’ surroundings is massive. At present, 166,000 Indian students are enrolled in the higher educational institutions of the US. All the missions of the US reportedly wore a festive look as the applicants were welcomed specially.

Consular staff members wore their alma mater attire. On one hand, some consulates invited alumni guest speakers, while the others organised a video station or other special events for the applicants.

EducationUSA and American Spaces representatives and recently graduated students from the US spoke about their experiences and responded to the questions posed by students about America’s college life.

The US Embassy and its Consulates organise Student Visa Day every year in June.

If you are looking to study in the United States, get in touch with Y-Axis, a prominent immigration consultancy firm, to   Apply for a Student Visa.