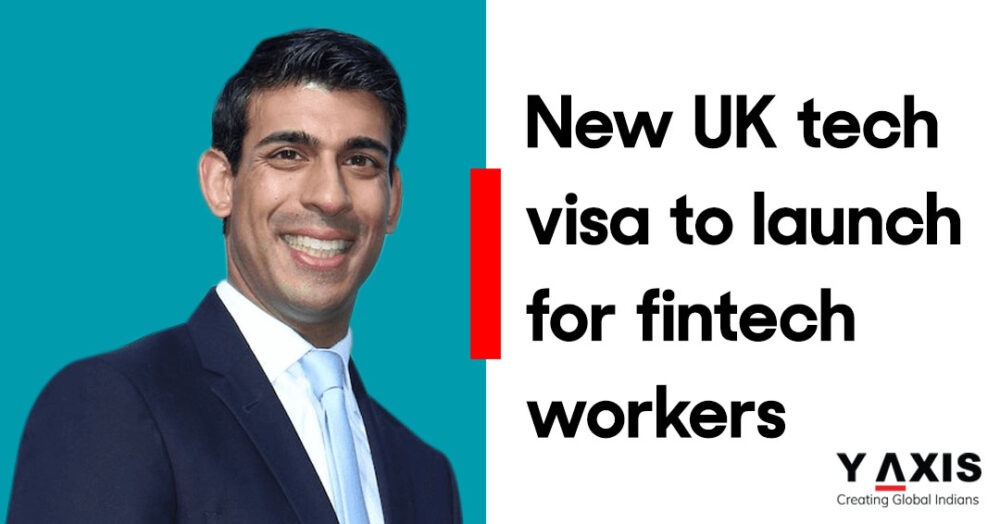 In an attempt to boost the British economy, UK chancellor, Rishi Sunak, plans to introduce a new UK visa scheme for financial technology workers. The visa will be introduced in the next month’s budget.

The scheme will help financial technology companies attract more global talent following Brexit. Professionals in the tech industry will be given priority as part of the wider post-Brexit UK immigration system. Ex-Worldpay chief executive, Ron Kalifa, is supposedly the brain behind the new visa scheme. While reviewing the UK’s fintech sector post-Brexit and how to boost it, he came about this idea. Last year, a similar policy had been introduced to attract scientists from around the world.

The treasury commissioned report by Kalifa contains five pillars. The first pillar is the new visa scheme. The report will also propose ten fintech clusters around the UK that will act as innovation hubs. To ensure that the industry isn’t concentrated in London alone, the location clusters include the corridor between Edinburgh and Glasgow, and Wales.

The funding will be done by the so-called local enterprise partnerships responsible for linking businesses with local authorities. Digital training, a fund of 1 billion-pound ($1.4 billion) for start-ups, and reforms to listing rules on the London Stock Exchange are amongst the other proposed pillars.

Tech Nation, an organization appointed by the Home Office to validate applications for the UK’s Global Talent Visa has welcomed the move.

The British fintech sector amounts to £7 billion, and the new visa scheme being introduced by Rishi Sunak is an attempt to protect its global reputation. Major firms like Monzo ,Cazoo,Revolut, along with five other firms have achieved “Unicorn” status – a term given to firms who are worth more than £1 billion.

A PwC report recently revealed that 52% of financial institutions, over the next three to five years, plan to have more project-based employees. Owing to cost pressures and access to digitally skilled talent, employees hired on a project-to-project basis will be expected to perform 15% to 20% of the fintech company’s work.

John Garvey (Global financial services leader, PwC) says – Industry leaders are constantly evaluating job roles, in an attempt to understand cost-effective roles that need to be retained permanently and those otherwise will be outsourced (gig-based, contractors, or crowd-sourced).

The final details of the new visa program are still being drawn up, but it is reportedly going to be on similar lines as the Global Talent Visa which was introduced last year to attract top-notch world scientists to the country.

The UK is one of the most popular immigration destinations for candidates planning to live and work outside their country. The country’s immigration system has been quite restrictive in the past. Post Brexit and EU referendum result of 23 June 2016, many changes have been made to the UK’s visa system.

The government, since 2010, has made several changes to UK immigration law to restrict immigration to the UK, especially from outside of EEA.

The UK Tier Visa system consists of the below and covers the major work, study, and investment visas.

High-value migrants from outside the EEA make up this category. This visa category covers-

This visa category is for low-skilled workers needed to fill specific temporary labour shortages. So far, no visa have been allocated under this scheme.

Students from outside the EEA who plan to study in the UK and have an offer letter from one of the recognised colleges/ universities in UK can apply under this visa category.

Six sub-tiers makeup this visa category. Temporary workers like creative and sporting, charity, religious workers, and the youth mobility scheme can apply through the Tier 5 visa category. This scheme enables around 55,000 young people every year to work during the holidays in the UK.

Other UK Visa types fall under the below categories:

A number of long-term business visas fall under this category.

If planning to enter the UK as a visitor, either for business or for pleasure, then you can apply under the visitor visa category

If you plan to bring your family to the UK, or join a family member who already stays there, then look under this category which covers the UK visa options for families.

If you are looking to Work, Study, Invest, Visit, or Migrate to UK, talk to Y-Axis, the World’s No. 1 Immigration & Visa Company.

If you found this news article engaging, you may also like… “UK SKILLED WORKER VISA”