Trump cautioned by top US CEOs over ending immigrant amnesty 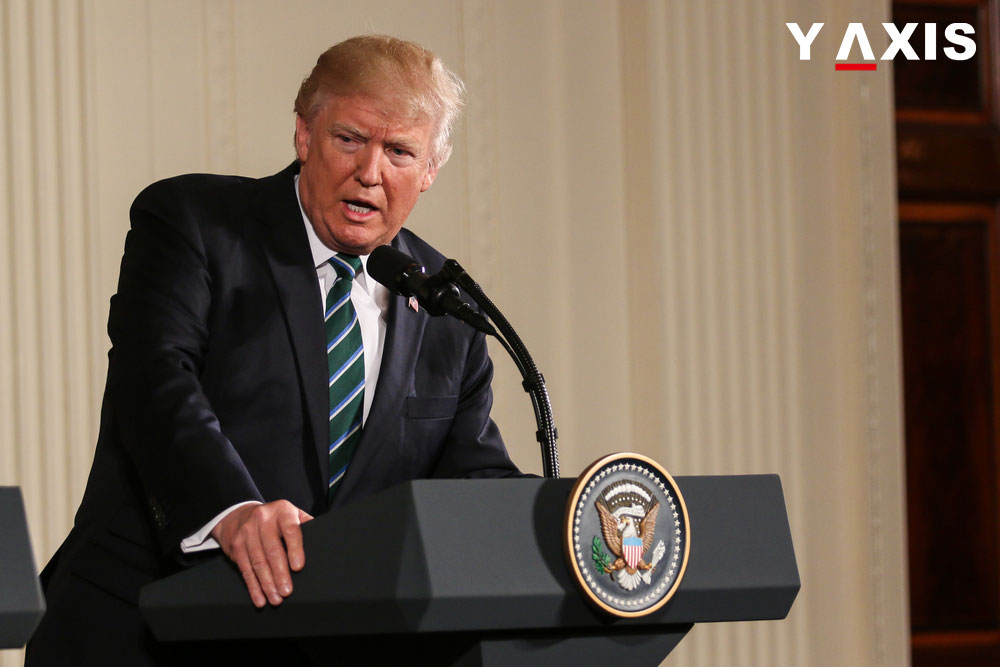 Trump has been cautioned by top US CEOs over ending immigrant amnesty for immigrants who arrived at the US as kids including Facebook, Apple, and Amazon. They have written a letter addressed to US President Donald Trump as well as top US Congress members from Democratic and Republican Party.

These business leaders cautioned regarding the economic consequences of 800,000 people being forced again into a legal mess. The leaders also include top executives from Microsoft, Marriott, General Motors, eBay, and Cisco, as quoted by the Indian Express.

The letter arguing for continuing the immigrant amnesty says that the recipients of the amnesty were brought up in the US and have undergone comprehensive checks for the background. These immigrants are also registered with the US administration, paying income taxes and contributing to the community adds the letter.

These hardworking people who received the immigrant amnesty will forfeit the legal right to work and will be at immediate threat of deportation. The US economy would lose 460 billion US Dollars from the national GDP. The Medicare tax and Social security contributions will also be reduced by 24.6 billion US Dollars explain the letter.

In 2012 the then President Barack Obama instituted the Deferred Action for Childhood Arrivals – DACA through executive order. Thus it can be repealed by Trump with just one signature. White House has again clarified that Trump is yet to decide on abolishing the immigrant amnesty program. The Obama era program authorized children below 16 who arrived illegally to the US with a 2 year renewable US Work permit.

Sarah Huckabee Sanders the White House spokeswoman said that the program is under review and a final decision is yet to be made.