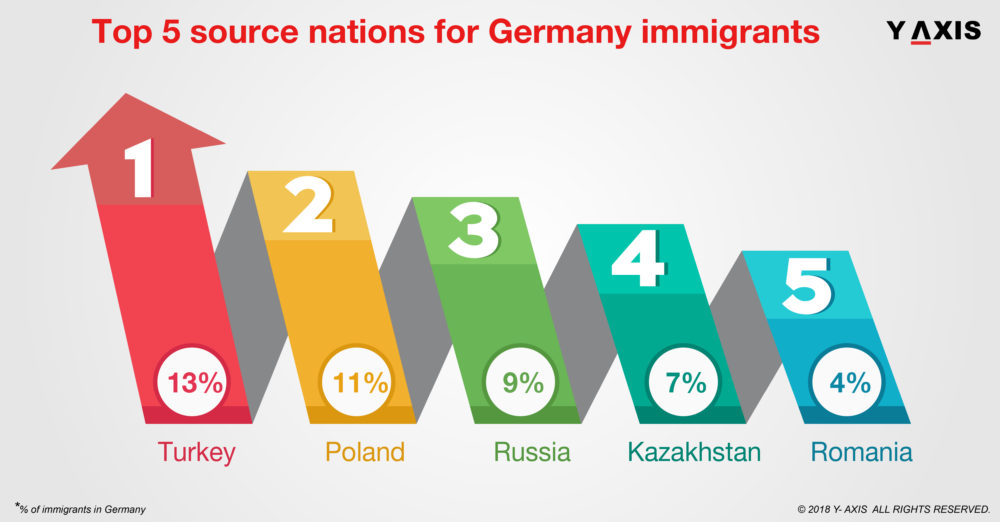 Germany has been one of the most renowned destinations for immigration in the world for a while now. However, this fact is not widely appreciated. Around 11 million residents currently living in Germany were born outside the nation.

Similar to other nations, specific German areas tend to attract people with an immigrant background. Many of the Germany Immigrants reside in cities such as Frankfurt, Cologne, Munich, Hamburg, and Berlin.

A significant percentage of immigrants in Germany also reside in other towns and cities in Southern and Western Germany. Meanwhile, the states that make up the erstwhile German Democratic Republic have relatively lesser people with overseas roots.

If you are looking to Study, Work, Visit, Invest or Migrate to Germany, talk to Y-Axis, the World’s No.1 Immigration & Visa Company.