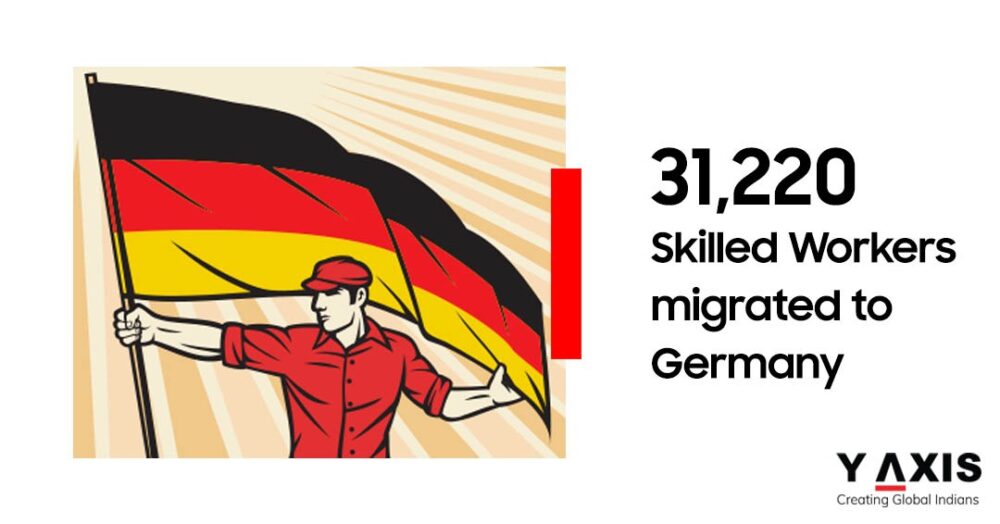 As per official statistics, the immigration of highly skilled foreign workers to Germany reached an all-time high in 2019.  The total number of highly skilled workers migrating to the country with the EU Blue Card increased in the previous year.

When compared to the statistics for 2018, nearly 15% more non-EU residents made their way to Germany in 2019 for work overseas.

According to the German Federal Office for Migration and Refugees [BAMF], in 2019, a total 31,220 non-EU nationals came to Germany with an EU Blue Card. Ever since the introduction of the EU Blue Cards in Germany in 2012, the number of cards that are granted have been on the increase steadily.

As per BAMF, Germany has been the most popular country among those applying for EU Blue Cards. Over 82% of EU Blue Cards in a year are usually granted for Germany.

With an EU Blue Card, highly-qualified workers from countries outside the EU gain the right to live and work in an EU country. Provided, however, that they possess higher professional qualifications as well as either a job offer or employment contract with a salary on the higher side when compared to the average in the EU country where the job exists.

3 conditions must be met for an EU Blue Card –

The EU Blue Card, applicable in 25 of the 27 EU countries, does not apply in Ireland and Denmark.

Around 21.3% of the highly skilled workers that immigrated to Germany in 2019 went to Bavaria, followed by 16.2% that headed to Baden-Württemberg.

EU Blue Card holders that have worked and lived in Germany for a minimum of 5 years might be eligible for a German permanent residency permit. As per the BAMF, in 2019, as many as 2,401 used this opportunity, 20% more than the number of people utilizing the same in 2018.

Implemented from March 1, 2020, Germany’s new Skilled Immigration Act – Fachkräfte-Einwanderungsgesetz – extends the available opportunities for work overseas in Germany for qualified professionals from outside the EU.