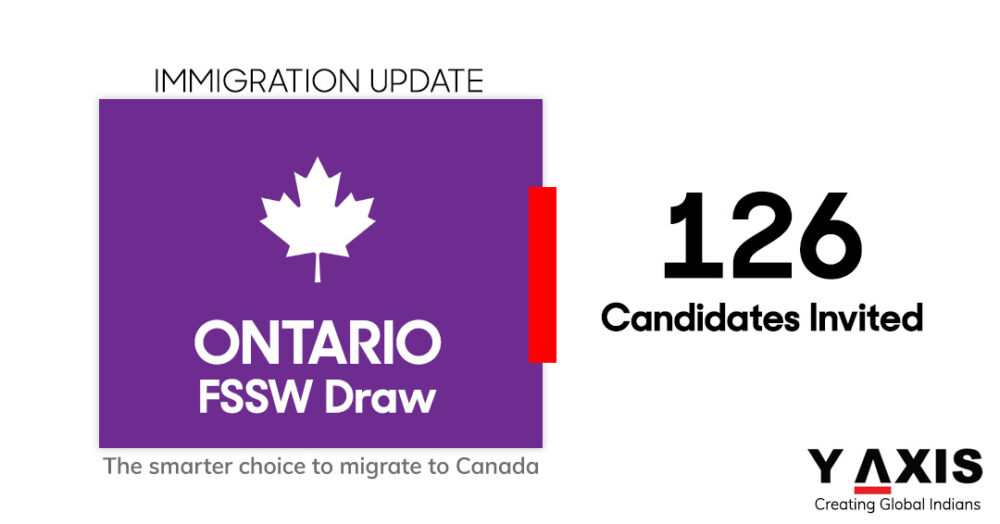 The latest draw by Ontario Immigrant Nominee Program [OINP] was held on March 3, 2021, wherein a total of 126 invitations were issued.

In order to qualify for the draw, the candidates must have submitted their Express Entry profiles between March 3, 2020 and March 3, 2021.

This is the second PNP draw to be held by Ontario in 2 days. Earlier, the OINP had invited 754 in a March 2 draw.

For those successful in securing a nomination, the second part of the Canada immigration process is that of applying for Canadian permanent residence through Immigration, Refugees and Citizenship Canada [IRCC].

The final decision as to who is to be granted Canada PR lies with IRCC.

As the FSSW stream is linked with the federal Express Entry system, the ranking of the candidate in the pool comes into play. In the latest OINP draw from the FSSW Stream, invitations were sent out to Express Entry candidates that had their ranking score – the Comprehensive Ranking System [CRS] score – between CRS 455 and CRS 467.

An Express Entry candidate that is able to secure a nomination – through the Provincial Nominee Program [PNP] of Canada via any of the Express Entry-linked PNP streams – is automatically allotted 600 ‘additional’ points towards their Comprehensive Ranking System [CRS] scores.

Candidates that receive an NOI by the OINP have 45 calendar days for sending in their application for being nominated by Ontario for their permanent residence.

Following an invitation from the OINP, the first step to be taken by the candidate would be that of checking their eligibility. Generally, an Express Entry candidate that receives an NOI from the OINP under the FSSW stream would be required to meet the eligibility requirements of either the Federal Skilled Worker Program [FSWP] or the Canadian Experience Class [CEC] of the Express Entry system.

The specific eligibility requirements that a candidate will be required to meet would be based on the specific program that the OINP assesses them against.