Obama faces severe criticism from the U.S due to his immigration policy 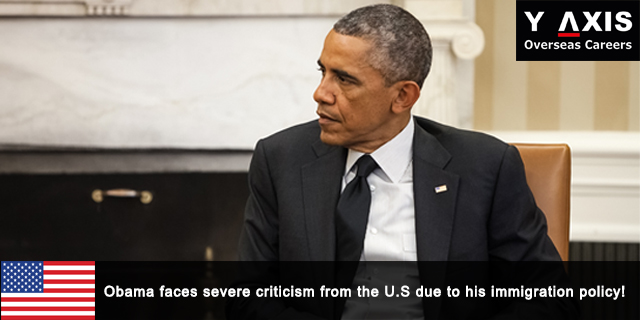 The United States of America is unhappy with President Barrack Obama’s  decision to protect the illegal immigrants living in the country for a long time now. The President had decided that the country should protect those illegal parents whose children are legal citizens of the country. However, the Justice Department completely disagrees with the President’s opinion, that it will do good to the nation.

The people who oppose

The Republicans are also not in favor the idea initiated by Obama who announced this in November last year. Apart from the Republicans, twenty six states within the country also oppose his decision. The administration strongly believes that the removal of illegal immigrants from the country including children will be good for the country. Mr Abbott has suggested the President should get rid of lawless program.

The disagreement has further strengthened as Mr Barrack Obama is soon to complete his term as the President of the United States of America.  Justice Department spokesman Patrick Rodenbush said that the rule must change as soon as possible if the country wishes to benefit from the actions of the government.

On the other hand it has been suggested by the Department of Homeland Security, that prioritization should be done while deciding about the people who require to be send of the United States. They should remove the worst offenders and not the ones who have been living in the USA for a very long time now. This also includes those who have been raising American born children.

The idea of prioritizing has been made mandatory by the Supreme Court and the Congress that the Federal governments can set their own priorities about the immigration laws that will apply to the people residing as citizens within the state. They hope to bring profitable results from changes made in this regard.