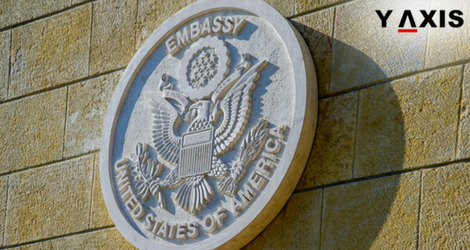 No major changes to H-1B and H-4 visa have been implemented said Mary Kay L Carlson the US Deputy Chief of Mission. It has been widely discussed that the Trump administration plans to overhaul the migration system.

The US DCM was speaking at the ‘Student Visa Day’ that was celebrated by the US Mission in New Delhi. Carlson elaborated that no significant changes have been made to the H-1B program and the H-14 visa, as quoted by the Economic Times.

The Trump administration had earlier said that proposal was being drafted to end the rule promulgated in the Obama era. This would have impacted 74,000 plus H-4 Visa holders with US Work Visas.  H-4 Visa is offered to the spouse of H-1B visa holders. An overwhelming percentage of these are highly skilled workers from India.

Sushma Swaraj the External Affairs Minister had said in May that discussions are on with the US government. All efforts are being made to persuade the US against rescinding work permits for H-14 visa holders, she added.

The day was dedicated by the US Mission to applicants of US Student Visa that have enrolled in diverse US universities for higher education.

Consulate General of Mumbai, Kolkata, Hyderabad, and Chennai along with New Delhi US Embassy welcomed 4,000 plus Indian students. These had applied for US Student Visas.