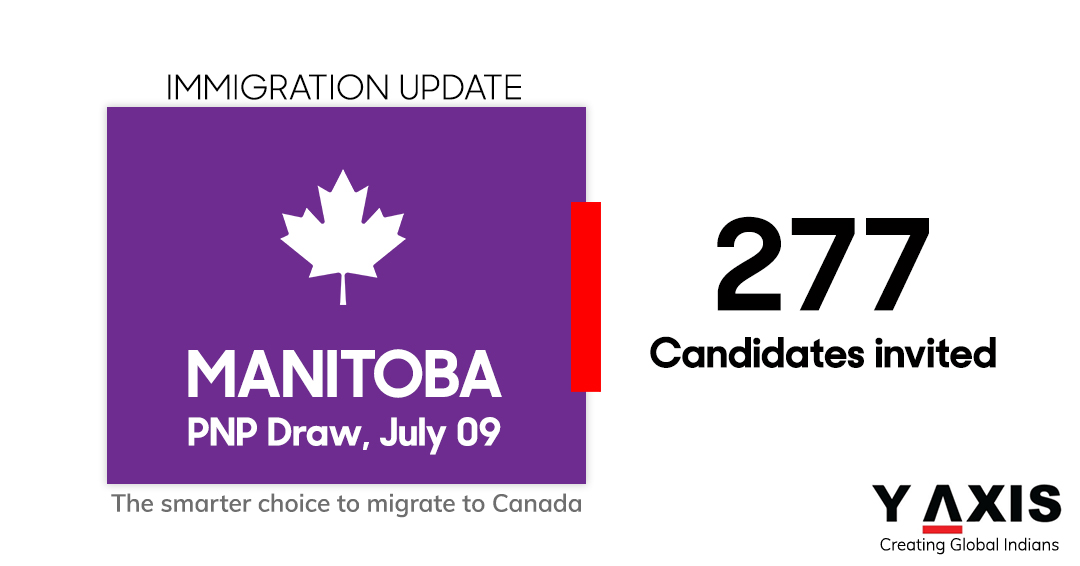 The province of Manitoba in Canada has held another round of invitations under the Canadian Provincial Nominee Program [PNP].

On July 9, 2021, Manitoba invited a total of 277 Canada immigration hopefuls under the Expression of Interest System Draw #121.

This is the first provincial draw to be held by Manitoba in July 2021.

Manitoba PNP is officially referred to as the Manitoba Provincial Nominee Program [MPNP].

Federal Express Entry candidates – that had an IRCC Express Entry ID as well as job seeker validation code – were only considered to be eligible for receiving a nomination if their Express Entry profile with IRCC is “valid at the time of application assessment”.

An IRCC Express Entry candidate that is able to secure a PNP nomination – under any of the Express Entry linked PNP streams – is automatically awarded 600 CRS points, thereby guaranteeing an invitation to apply for Canadian permanent residence.

Candidates selected in the latest MPNP draw were those working in a regulated occupation as well as fully licensed for working in Manitoba.