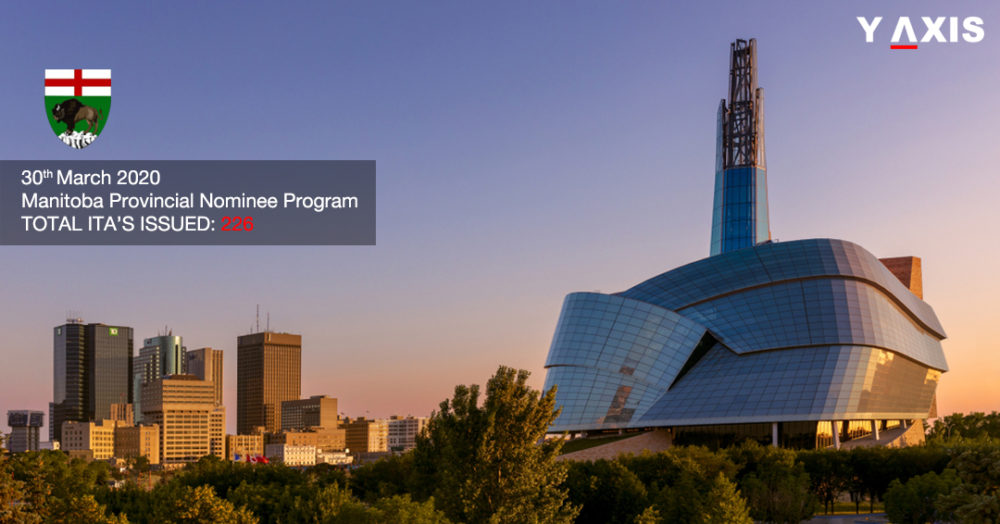 Despite special immigration measures being currently in place due to the ongoing COVID-19 pandemic, Canada continues to hold regular draws as per schedule. Draws are being held both through the federal Express Entry system as well as the specific provincial nominee programs of the provinces.

In the latest draw held on March 26, Manitoba has invited 226 immigration candidates to apply for being provincially nominated by Manitoba for Canadian permanent residency. Those invited included Express Entry candidates, skilled workers, and international student graduates.

In the March 26 draw under MPNP, of the 226 immigration candidates invited, stream-wise breakdown was as follows –

These economic immigration candidates are nominated through various streams that have been specifically designed keeping in view the requirements of the labour market in Manitoba.

For being considered for a nomination for Canada PR through the MPNP, you will have to first submit an Expression of Interest [EOI] with the MPNP.

With the March 26 invitations, the total number of candidates invited through the MPNP so far in 2020 is 1,523.

Recently, Canada has announced exemptions from travel bans. This has been done in view of the uncertainty and speculation surrounding global motility and constantly being updated immigration policies.

As per the exemption from travel bans announced by the Canadian government, foreigners that have already made a commitment for working, studying, or settling down in Canada will be exempted and can travel to Canada. These exemptions have come into effect on March 26.