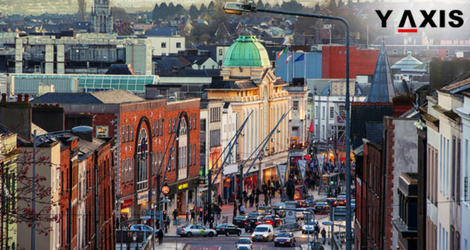 Ireland will offer Special Work Visas for non-EU Workers in the farm sector to cater to the severe scarcity of workers that trouble its key agricultural sectors. This has been welcomed by the agricultural community in Ireland.

The announcement for offering Special Work Visas was made by Heather Humphreys the Minister for Business, Enterprise, and Innovation. The Minister said that her department is offering priority for offering these visas. The visas will be given to farm workers outside the European Economic Area, as quoted by the Independent IE.

The President of Ireland Farming Association Joe Healy said that there is a scarcity of workers in farming. This is really acute in sectors such as Pig, Poultry, Horticulture, and Dairy. It has manifested as a crisis now on the farms. The decision by the Minister to prioritize the Special Work Visas for non-EU Workers is positive, added the IFA President.

Healy further elaborated that a meeting has been held with the Department of Business, Enterprise, and Innovation by the Agriculture Department in Ireland. The latter has expressed support for offering Special Work Visas for non-EU Workers in the farm sector. This must also be done on a priority basis, added the IFA President.

The delegation of IFA highlighted to the DBEI Minister that offering the new work visas is really crucial. This must be prioritized to ease the pressure on farming sectors in the busy months ahead. It is specifically true for soft fruit, vegetable, and mushroom farms.

A review of the Ireland Work Visas across diverse sectors is being held by the DBEI. This is being led by the Inter-Departmental Group. It also includes a public consultation to be held by June 2018.

If you are looking to Study, Work, Visit, Invest or Migrate to Ireland, talk to Y-Axis, the World’s No.1 Immigration & Visa Company.