Indians among favored immigrants in the UK 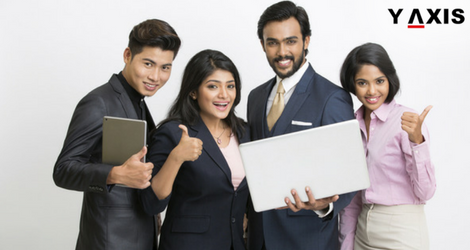 Indians are amongst the favored immigrants in the UK having an enhanced positive image in comparison with other South Asian immigrants. This has been revealed by the latest YouGov poll held amongst 1, 668 UK nationals in April 2018.

Indian migrants have emerged as among the favored immigrants in the UK while the nationals of Bangladesh and Pakistan secured negative scores. The YouGov poll asked a series of questions regarding the contribution of migrants to the UK from diverse nations in the world.

Indian migrants in the UK received a strong score of +25 for the question regarding positive contribution to the life in the UK, as quoted by the Economic Times. On the other hand, other migrants from South Asia secured negative score. Nationals of Pakistan secured -4 and that of Bangladesh scored -3.

The YouGov poll with the highly positive opinion of UK nationals for Indian immigrants has come even as there a growing debate in the nation regarding ambiance for immigrants. The Opposition Labor Party had warned in the debate in the House of Commons that the Windrush scandal covers migrants from several Commonwealth nations. This is inclusive of those from Bangladesh, Pakistan, and India.

Diane Abbott the Labor MP said that the issue was echoed even at the Commonwealth meeting. The UK is attempting to develop relations with the Commonwealth after its exit from the EU. This covers trade and other aspects as well. The revelations regarding the nationals of Commonwealth are highly damaging, added the MP.

Apart from this, there are also instances wherein 100s of Indian doctors have been denied UK visas in spite of having been hired by National Health Service. NHS is the state-funded agency that caters to the public health services in the UK.