India objects to refugees and migrants being under the same umbrella 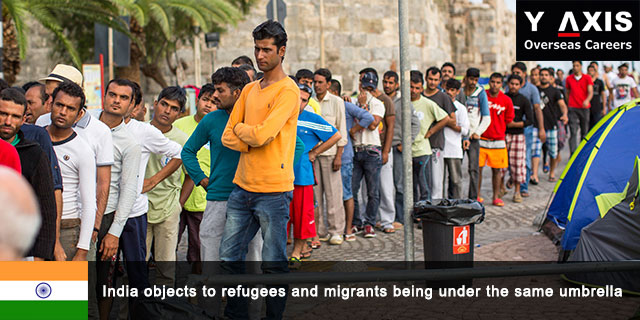 India was supported by several emerging economies at the UN (United Nations) after it objected to refugees and migrants being classified under the same umbrella.

It received support from Bangladesh, Mexico and many other countries belonging to the G-77 bloc, which also witness many people migrating from their shores. India was successful in making sure that these two were treated as distinct issues.

The consultation process on these issues, leading to the UN general assembly’s high-level meeting to be held on 19 September when the issue of refugees and migrants is to be discussed, will take place on18 September, 2016.

India raised objections when there was a joint effort on the part of the European countries to interpret refugees too as migrants and club them together as a category, much to the discomfort of the developing nations.

European countries, which are seeing an influx of refugees from other countries, especially Syria, are encouraging preventive diplomacy.

India and other developing nations were of the view that a refugee crisis, a consequence of political causes, cannot be compared with migration, which takes place mostly due to economic reasons.

An Indian official, opposing the move of the developed nations, said that preventive political processes could not be applied to deal with migration, which was caused by motives dictated by economic problems.

Migrants are subject to laws of the country where they reside; On the other hand, refugees are bound by an international legal framework.

Another Indian diplomat felt that combining both the issues together would have a negative impact on countries like ours that are not in the midst of any refugee crises. The firmness of India’s opinion, supported by countries with similar problems, forced the developed nations to change their stance and treat the refugee crisis and economic emigration as two distinct issues.