Immigrants account for 1 out of every 4 health-care sector workers. 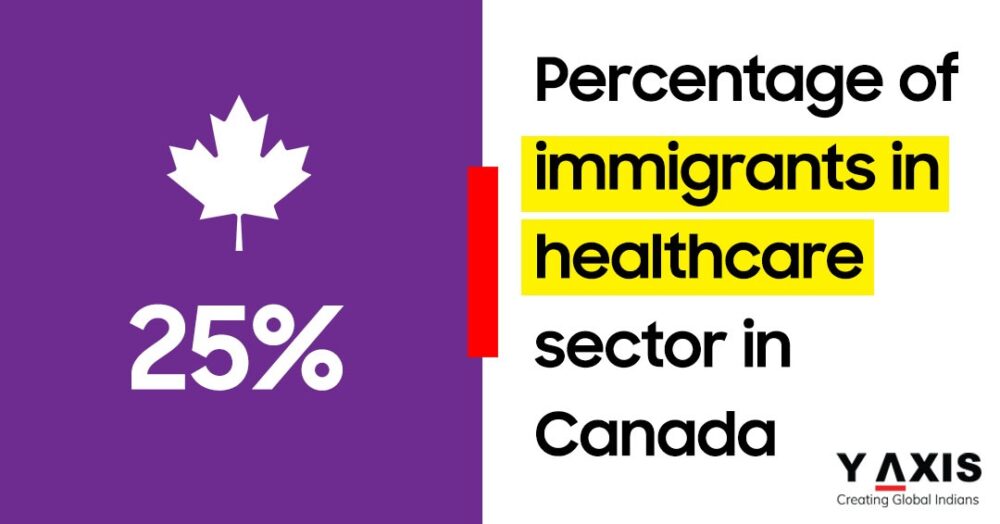 As per the 2020 Annual Report to Parliament on Immigration, in 2019, immigration – permanent and non-permanent – accounted for over 80% of Canada’s population growth. Around 58% of permanent residents admitted by Canada in 2019 were under the economic category.

With the 2021-2023 Immigration Levels Plan announced on October 30, 2020, Canada has set for itself one of the highest immigration targets in Canadian history.

Canada needs immigrants. Many of them. There is a high demand for immigrants in the healthcare sector in Canada.

As per Statistics Canada 2016 Census, an estimated 1 of every 4 workers in the healthcare sector in Canada was an immigrant.

Moreover, over 40% of newcomers to Canada working in the health-care sector were those in nursing and residential care facilities, as well as home health-care services.

According to the findings of the 2016 Census by Statistics Canada, 27% of all licensed practical nurses in the country were immigrants.

Healthcare involves the use of many different inputs. Even with pharmaceuticals and medical equipment, healthcare services still depend to a considerable extent on the expertise of the healthcare professionals.

As per a research paper – The Supply of Physicians in Canada: Projections and Assessment – “while Canada has one of the most expensive universal health-care systems among developed countries, the number of physicians relative to the Canadian population ranks well below the average for developed countries”. Approximately 500,000 workers in the healthcare sector in Canada were above the age of 55 years [Statistics Canada, Table 14-10-0023-01]. Many of them due to retire within the coming decade.

What are the healthcare jobs available in Canada?

Immigration supports the demographic as well as economic growth of Canada.

Immigration will continue to play a significant role in the advancement of the Canadian economy, especially in the background of a low birth rate and an aging population.

By the early 2030’s, it is projected that Canada’s population growth will be exclusively through immigration.