The EU celebrates its 70th Anniversary 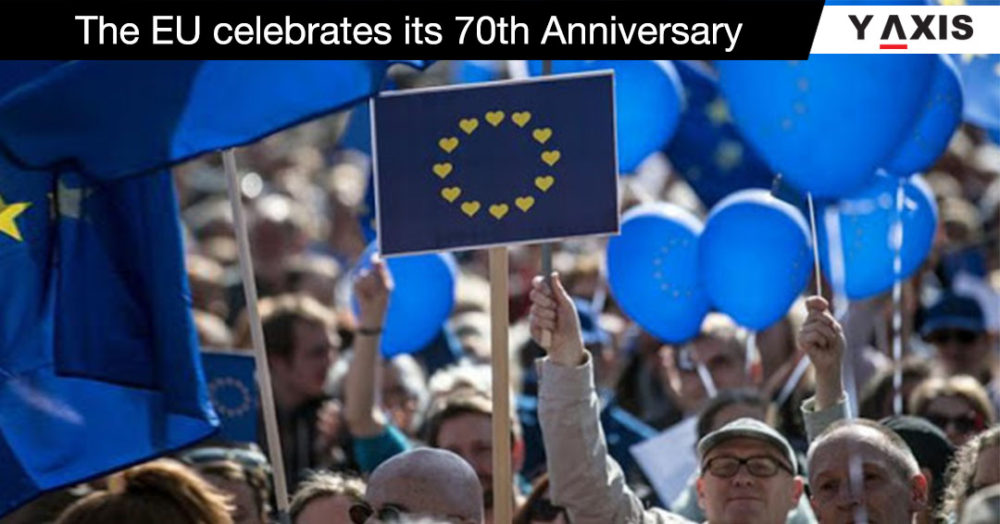 The foundation of what we know as the European Union was laid down on May 9, 1950. It was 70 years ago that the French Foreign Minister Robert Schuman presented the Schuman Declaration. The Declaration was for creating a European Coal and Steel Community, first in a series of European institutions that would eventually make up the European Union.

The Declaration is regarded to be a building block of a union of 28 Member States. Over the years, the originally 6-member EU expanded to include 28 countries. Only one of them – the UK – has left the European Union so far.

There are many accomplishments to the credit of the EU. Right from the beginning, the European community has worked hard towards facilitating the life of all of its citizens, bringing them closer to each other.

The Schengen Area covers most of the countries that make up the EU, with the exception of Ireland and states that are to be part of Cyprus, Bulgaria, Romania and Croatia.

Though not part of the EU, countries like Iceland, Lichtenstein, Norway and Switzerland are also a part of the Schengen Area.

COVID-19 has proven to be the biggest challenge to the borderless zone. In an attempt to contain the COVID-19 epidemic, countries in the Schengen Area introduced border checks and controls.

Nevertheless, with a reduction being recorded in the rate of infection in many of the European countries, the EU has developed a strategy for restoring travel and tourism.

As per the EU Home Affairs Commissioner Ylva Johansson, the EU must aim at getting “back to the future” of open borders once the COVID-19 pandemic is under control.