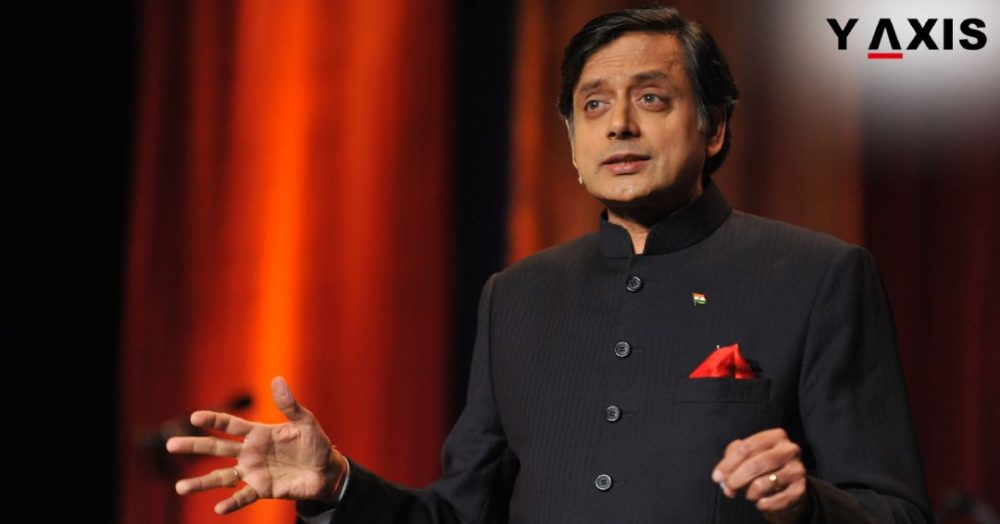 Shashi Tharoor, Congress MP, introduced a Bill in the Parliament last week seeking to amend the Article 9 of the Constitution of India. This Article immediately terminates the Indian citizenship when an Indian takes up the citizenship of another country.

The new Draft legislation seeks to allow overseas Indians to retain their Indian citizenship along with the citizenship of another country.

Mr Tharoor said that India has the largest diaspora in the world. Many Indians have migrated abroad seeking better opportunities. Taking up a foreign passport, thus, is convenient and does not make them any less Indian.

As per the 2018 UN World Migration Report, 15.6 million Indians are living abroad which makes them the largest diaspora. A large section of these Indians living abroad have been calling for dual citizenship. To cater to such individuals, the Indian Govt. has introduced the OCI (Overseas Citizen of India) card.

The OCI card allows an Indian-origin national to live and work in India for an indefinite period. However, the individual loses the right to vote and also cannot purchase any agricultural land in India.

Mr Tharoor said that many Indian-origin people abroad are highly successful tech-entrepreneurs. Some over Indian-origin people also hold high public offices abroad and have an important stake in India. This is the era of globalization and naturally, more Indians will seek opportunities abroad, said Mr Tharoor.

Mr Tharoor also added that by terminating Indian citizenship, overseas Indians feel cut-off from their roots with no real stake in India.

Despite giving up their Indian citizenship, overseas Indians remain strongly committed to India, their country of origin. The Indian-American community in the US has lobbied hard to make the India-US nuclear deal happen. In 2011, the Indian community in Australia convinced the Aussie Govt. to stop exporting Uranium to India, as per SBS News.

The top 3 countries of residence for Indian-origin people outside India are the UAE, the USA and Saudi Arabia. These 3 countries are home to almost 7.5 million Indians.

According to data from a 2016 Census, there were 619,164 Indians in Australia. 118,000 Indians were granted Australian Citizenship between 2013 and 2017. Migration from India to Australia, since then, has been on the rise.

It is an offence to not surrender your Indian passport and give up your Indian Citizenship after acquiring foreign citizenship, as per the Indian Passport Act. Violation of the same may attract a penalty up to $1,050.

If you are looking to Study, Work in   Australia, Visit, Invest or Migrate to Australia, talk to Y-Axis, the World’s No.1 Immigration & Visa Company. If you found this blog engaging, you may also like…