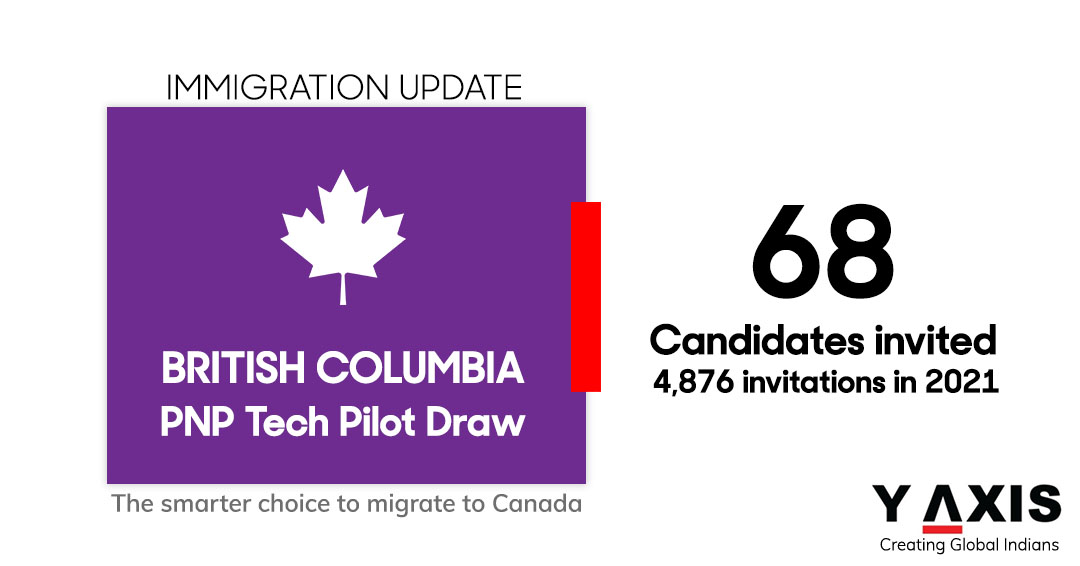 The province of British Columbia has held its first draw of June 2021 under the Provincial Nominee Program [PNP] of Canada.

On June 1, 2021, a total of 68 Canada immigration hopefuls have been invited by British Columbia under BC PNP Tech draw.

Those invited can now proceed to applying to the BC PNP for being nominated by the province for their permanent residence in Canada.

Skilled workers that received invitations under the latest provincial draw by British Columbia were those eligible for either the Express Entry BC [EEBC] or Skills Immigration [SI] categories.

Fetching 600 CRS points – ranking score as per the Comprehensive Ranking System – for a federal Express Entry candidate, the BC PNP’s EEBC is aligned with the Express Entry system of Immigration, Refugees and Citizenship Canada [IRCC].

The Skills Immigration or SI category of the BC PNP, on the other hand, runs independently.

Here, by the SIRS score is implied the score allotted following successful registration with the Skills Immigration Registration System.

29 key occupations are specifically targeted under BC PNP Tech draws.

Offering an expedited Canada immigration pathway, applications submitted under BC PNP Tech have a much shorter processing timeframe than other BC PNP applications.

Generally, the standard processing time for 80% of BC PNP applications is of 2-3 months [from receipt of application].

To be eligible for BC PNP Tech, a candidate must have a job offer in Canada in any of the 29 eligible occupations. The job offer must be for a minimum of 365 days, with at least 120 days remaining of the job offer at the time of applying to the BC PNP.

With the latest draw, British Columbia has issued 4,700+ BC PNP invitations in 2021 so far.