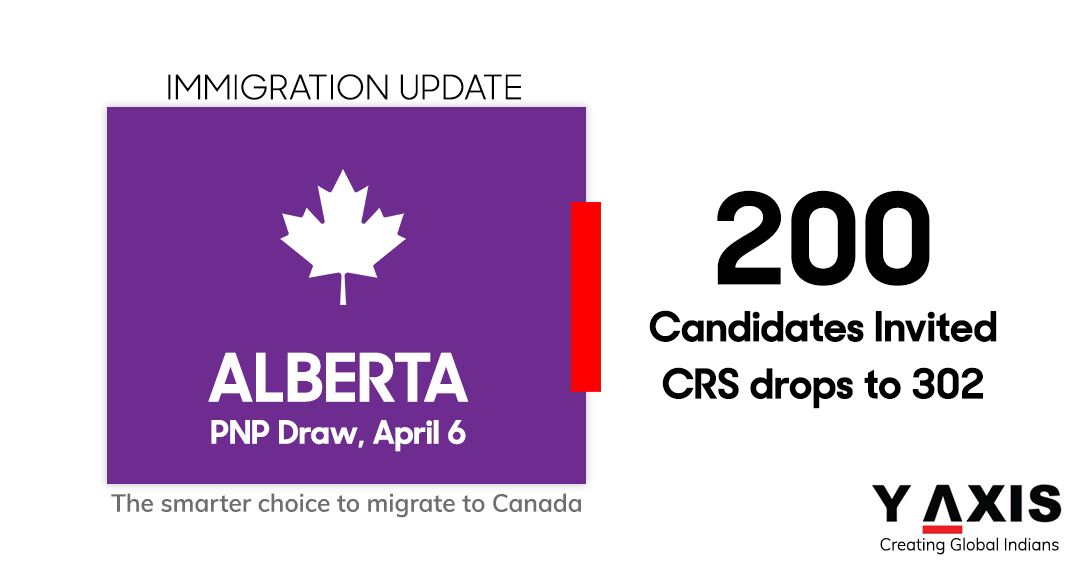 The province of Alberta in Canada has held its latest round of invitations under the Provincial Nominee Program [PNP]. Details of the latest provincial draw have been released by Alberta.

On April 6, 2021, a total of 200 invitations to apply – also referred to as Notification of Interest [NOI] Letters – have been issued by the Alberta Immigrant Nominee Program [AINP]. The invitations were issued to candidates under the Alberta Express Entry Stream.

To be considered by the AINP for the Alberta Express Entry Stream, the candidate must –

The CRS determines the ranking of profiles in the IRCC Express Entry system. Generally, it is the highest-ranked profiles that are invited in the federal and provincial draws that are held from time to time.

The latest Alberta PNP draw had a minimum CRS 302 requirement.

A PNP nomination in itself fetches an Express Entry candidate 600 CRS points, thereby guaranteeing that they would be invited to apply for Canadian permanent residence in the next federal draw to be held.

Certain “adaptability factors” – such as an Alberta job offer or prior work experience in the province – might increase the likelihood of an individual being assessed or nominated by the AINP.

The AINP allocation for 2021 has not been revealed as yet.