75% + of US Green Card backlog list consists of Indians 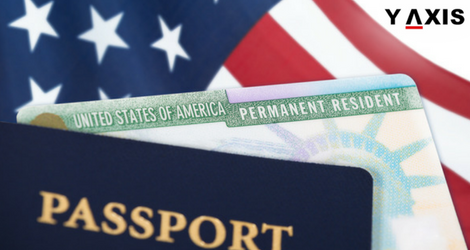 Indians account for more than 75% of the US Green Card backlog list. This has been revealed by the latest USCIS report for those skilled overseas professionals that are waiting for PR in the US. There are roughly 395, 025 overseas nationals in the backlog list of US Green Cardin the category based on employment preference.

Indians account for an overwhelming 306, 601 US Green Card waiting list according to US Citizenship and Immigration Services. This does not take in to account dependent applicants associated with the immigrant applicants that are approved.

Chinese are a distant second when it comes the US Green Card backlog list with 67, 031, as quoted by the Economic Times. As per the existing US law, no more than 7% of the US Green Cards can be offered to people of one particular nationality.  As a result, Indians have the longest waiting times for the US Green Card.

The current immigration system is taking a heavy toll on the highly skilled Indian-Americans. These are residing in the US chiefly on the H-1B visas. It imposes 7% ceiling on the allocation of Green Cards to a nation. Thus the current waiting times for Indians are as lengthy as 70 years.

A fresh group called GC Reforms.org has elaborated on the wait times under the current US immigration system. It says that skilled Indian immigrants in the US have to wait for a time period between 92 to 25 years owing to threshold on the allocation of Green Cards.

The Permanent Resident card in the US is also known as the Green Card. Those who possess this card can lawfully work and live in the US.