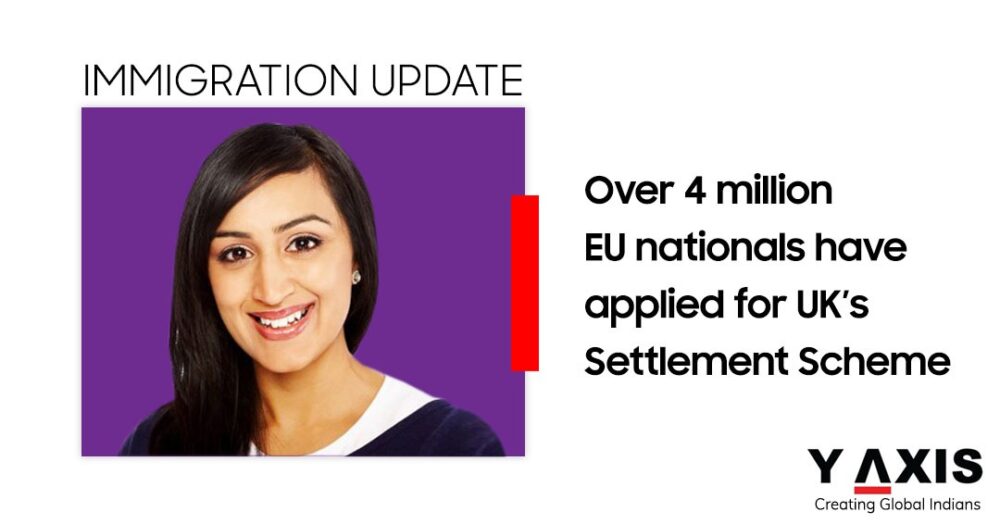 These figures are derived from the internal management information.

By the EU Settlement Scheme is implied a UK government scheme through which EU, EEA [including the EU countries as well as Norway, Iceland and Liechtenstein], or Swiss citizens can apply, along with their families, in order to be able to continue living in the UK after June 30, 2021.

Family members of eligible individuals of Northern Ireland might also apply to the Scheme. An Irish citizen with an indefinite leave to remain might be able to stay on in the UK without applying.

There is no fees for applying. The deadline for applying for the EU Settlement Scheme is June 30, 2021.

Those successful will get either a pre-settled or settled status granted to them.

The important milestone – of more than 4 million applications to the EU Settlement Scheme – was reached with 8 months still remaining until the June 30, 2021 deadline.

As per the Minister for Future Borders and Immigration Kevin Foster, “European citizens are an integral part of our society, culture and community which is why I’m really proud we’ve already surpassed four million applications to the hugely successful EU Settlement Scheme.”

Fully open since March 30, 2019, the EU Settlement Scheme, at its height, has had Home Office caseworkers processing up to 20,000 applications in a day.

If you are looking to Study in the UK, Invest, Work, Visit, or Migrate to the UK, talk to Y-Axis, the World’s No.1 Immigration & Visa Company.

Which are the most common U.K. visas that Indians are applying for?