Top 8 universities in Finland for 2020 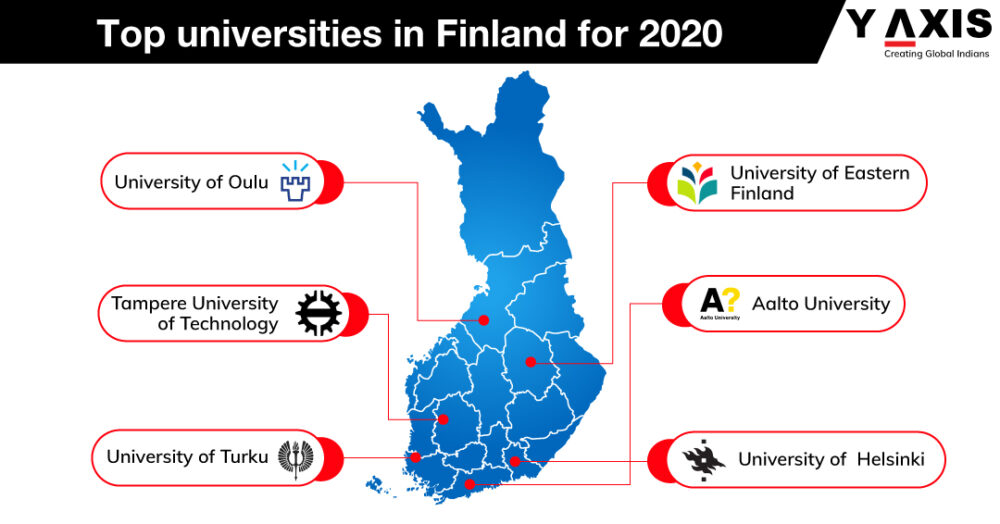 Finland has good-quality universities that offer various degrees. This small Northern European nation is home to some world-class universities that deliver high-quality teaching, in a secure environment you can enjoy a remarkable quality of life.

Here are the top 8 universities in Finland according to the QS world university rankings.

Besides being the oldest and the top ranking, the university is also the largest higher education institution in Finland, with more than 32,000 students.

Tampere University of Technology (TUT) blends a deep research background in the natural sciences and engineering fields with industry- and business-related research. Since its inception, TUT has partnered with companies and industry. The TUT campus has about 10,500  students.

Oulu University is an international science university that conducts research into people and culture in a changing living climate, as well as opportunities that modern technology provides to enhance people’s well-being and the world. The university, founded in 1958, has 16,000 students and is one of Finland ‘s largest and most multidisciplinary universities.

Finland’s second-largest university in Turku University, where a little over 20,000 students are enrolled. The university is ranked 276th in the world and has its main campus in Turku, southwestern Finland. Turku University was founded in 1920, after donations from over 22,000 people. It offers several Master and Doctoral programs.

LUT University is a leading research university in Finland which has put together research and business fields since 1969. This has about 6,000 students and experts engaged in higher education and scientific research. It offers international Master’s programs in Technology and Business Management, and a Bachelor’s program in technology.

The University of Jyväskylä was formed in 1934 and originated from the first Finnish-speaking teacher training college, founded in 1863. The university is jointly ranked 357th in the world and teaches about 15,000 students in six faculties. It is considered as the country’s leading educational university.