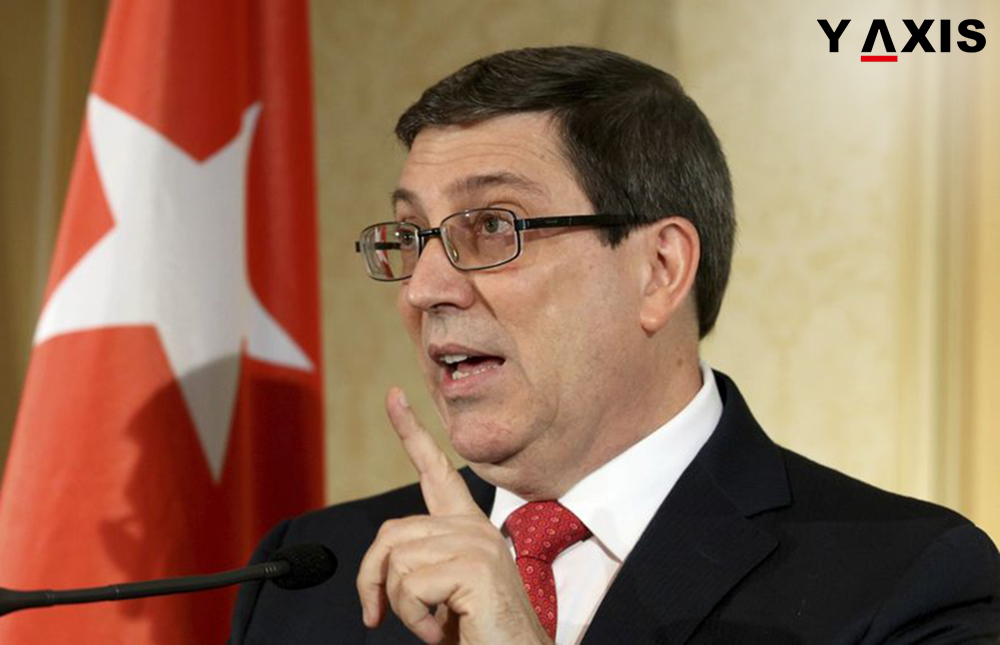 New immigration policies to boost expat ties have been revealed by Bruno Rodriguez Foreign Minister of Cuba. He said that the Cuban Foreign Ministry will authorize the exit and entry of Cuba’s nationals via two tourist ports. Cuba will also accept the arrival of its citizens who departed unlawfully, said the Minister. This will however not include those departed at the Guantanamo Bay Naval base in the US.

The new immigration policies of Cuba were announced by the Foreign Minister aimed at enhancing ties with 800,000 nationals of Cuba overseas. These policies have been announced even as Cuba’s ties with the US have been strained, as quoted by the Indian Express.

The US had accused that its diplomats at Havana were targeted by strange sonic attacks.

Bruno Rodriguez the Foreign Minister of Cuba was addressing Cuban nationals in the US. He said that the new policies will be effective from 1 January 2018. Rodriguez accused the US of creating unfair hindrances in the visa department. The US had earlier expelled the personnel at the Cuban Embassy.

The immigration policy was relaxed by Cuba earlier in 2013. It had then ended the requirement for residents to apply for an exit permit for overseas travel. Bruno Rodriguez said that the US is hindering the Cuban families from visiting their relatives in the US. It is doing this by decreasing diplomatic presence and suspension of visa offices in Havana, said Rodriguez.