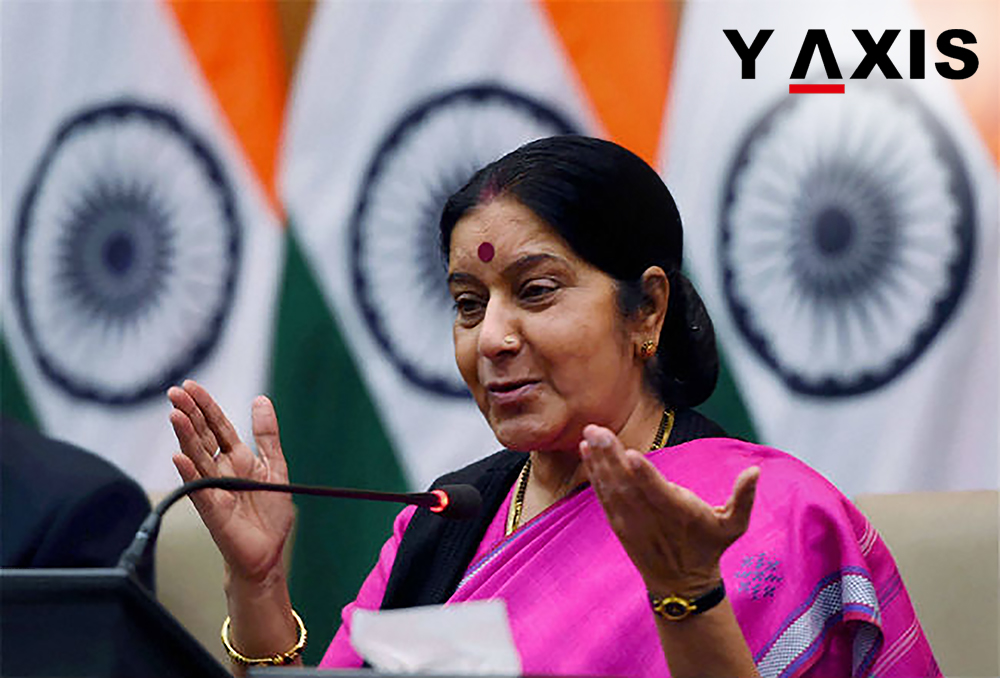 Indian Prime Minister Narendra Modi had discussed the ‘essence of H-1B visas’ with US President Donald Trump in their recent meeting. He also made the US President concur on the significant role of skilled Indian workers for the US economy. These revelations have been made by Sushma Swaraj the External Affairs Minister of India.

Replying to queries over H-1B visas in the Rajya Sabha regarding visa restrictions of the US, Swaraj said that Trump accepted the role of Indian professionals in the US. The movement of skilled professionals was beneficial to both India and the US and the negative impacts will also be reciprocated equally, agreed Trump.

In the presence of Narendra Modi in the Rajya Sabha, Ms. Swaraj said that she was extremely proud that Modi was successful in convincing Trump. The US President admitted that Indian professionals had a crucial role in the growth of the US economy, added Ms. Swaraj.

The External Affairs Minister of India said that in spite of the word H-1B not being used, a joint statement of the US and India did accede to the point highlighted by her. After the talks with Modi, Trump began his address by praising the role of Indian professionals in the US Tech sector.

Anand Sharma the leader of the Congress Party and Tapan Kumar Sen of the CPI –M had asked whether the issue of H-1B was specifically discussed with Trump by Modi.

Ms. Swaraj said that she would give an elaborate statement regarding H-1B visas later in Rajya Sabha.