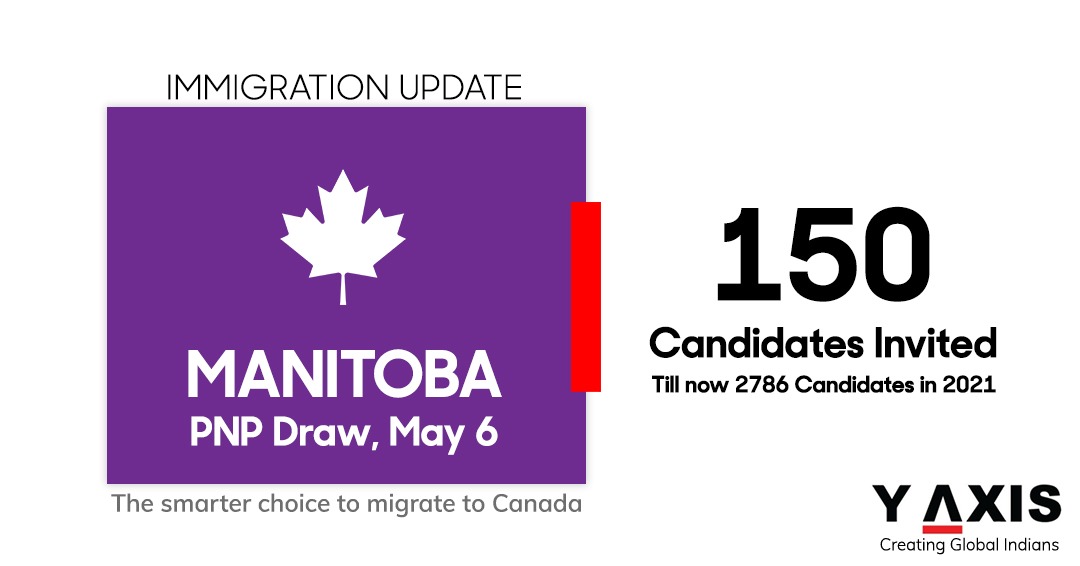 The Canadian province of Manitoba has held its latest round of invitations under Canada’s Provincial Nominee Program [PNP].

On May 6, 2021, Manitoba Provincial Nominee Program [MPNP] held the first draw of the month under the Expression of Interest System.

In MPNP’s EOI Draw #115, a total of 150 Canada immigration candidates received invitations to apply for a provincial nomination, through Manitoba PNP, for their Canadian permanent residence.

Of the 150 invitations issued, 14 went out to candidates that had declared “a valid Express Entry ID and job seeker validation code”.

The invitations issued by the MPNP are also referred to as Letters of Advice to Apply or LAAs.

There are 3 separate categories that come under Manitoba PNP. These are –

In the latest Manitoba PNP draw, invitations issued went out to candidates under the Manitoba immigration pathways of Skilled Workers in Manitoba, Skilled Workers Overseas, and International Education Stream.

Here, by the EOI score is implied the score allotted to an individual following an assessment of various factors on the successful registration of an EOI with the MPNP.

An MPNP provincial nominee might be issued a Work Permit Support Letter [WPSL], allowing them to apply to IRCC for a Canada work permit.