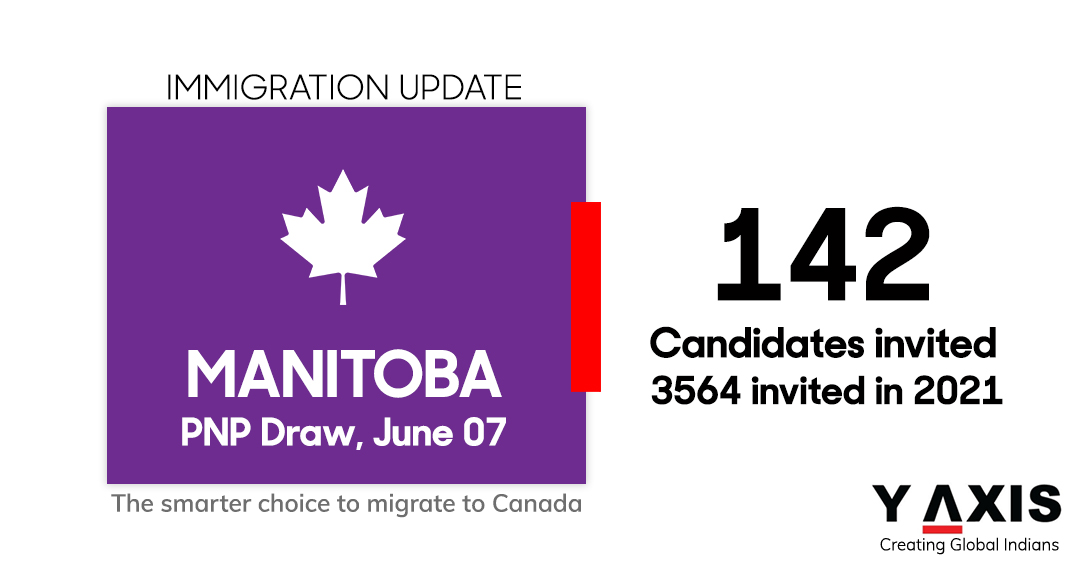 Canada’s Manitoba province has held another round of invitations under the Provincial Nominee Program [PNP].

In the first draw to be held in June, a total of 142 invitations – officially known as Letters of Advice to Apply [LAAs] – have been issued by Manitoba PNP on June 7, 2021.

Of the total 142 LAAs issued in the latest MPNP draw, 13 went out to candidates with a valid profile in the Express Entry system of Immigration, Refugees and Citizenship Canada [IRCC]. Candidates, that is, who had declared their Express Entry ID as well as job seeker validation code.

An Express Entry candidate that is able to secure a PNP nomination, through any of the Express Entry linked PNP streams, is guaranteed an invitation to apply by IRCC in the next federal draw to be held.

The MPNP seeks skilled workers, recent graduates, and businesspeople – with their families – that have the intention as well as the ability of successfully settling in Manitoba as Canadian permanent residents.

Based on the specific requirements of the Manitoba employers and locally driven, the Skilled Worker Stream is targeted at internationally trained and experienced workers that have the skills in demand in the local labour market.

Selected skilled workers are then nominated by Manitoba for receiving their Canadian PR visa for settling and working within Manitoba.

The International Education Stream is specifically for international students – [1] graduating in Manitoba, and [2] meeting the industry requirements.

3 separate pathways come under the MPNP’s International Education Stream. These are –