Manitoba Invites 459 to Apply for MPNP Nomination for Canada PR 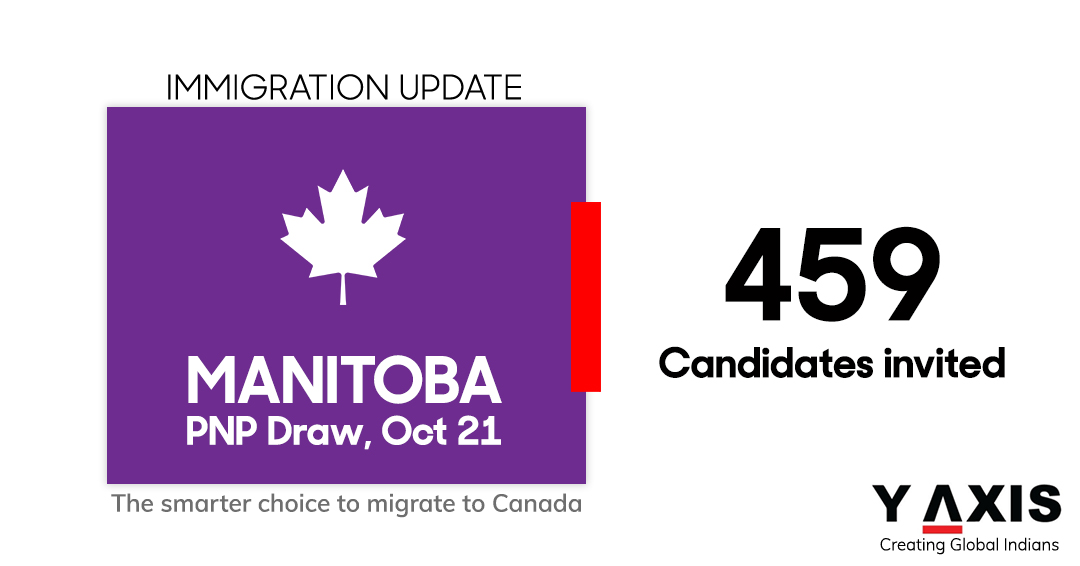 Manitoba province in Canada has held another round of invitations, the second this month.

On October 21, 2021, the Manitoba Provincial Nominee Program (MPNP) issued a total of 459 invitations to apply for an MPNP nomination for Canadian permanent residence. Of these, 94 invitations went out to candidates with a valid federal Express Entry profile.

An Expression of Interest is the first step for skilled workers interested in taking up permanent residence in Manitoba through the MPNP.

Anyone interested in immigrating through the MPNP as either a Skilled Worker Overseas or Skilled Worker in Manitoba will be asked few questions regarding themselves. Those submitting an EOI are placed in a pool of candidates.

A score, the ‘EOI score’ is allotted following an assessment on certain factors that determine the potential of that candidate thriving in Manitoba.

Manitoba is among the Canadian provinces and territories that are a part of the Provincial Nominee Program (PNP), commonly referred to as Canadian PNP.

Invitations by Manitoba are officially known as Letters of Advice to Apply (LAAs).

Acquiring Canada PR through the PNP is a 2-step process. Those successful in securing a nomination – through any of the Express Entry-linked PNP streams – are automatically allotted 600 CRS points. These ‘additional’ CRS points, as per the Comprehensive Ranking System, guarantee an invitation to apply for that candidate.

Applying for permanent residence through the federal Express Entry system is invitation-only. While a profile can be created in the Express Entry system, an application cannot be submitted until specifically invited to do the same by Immigration, Refugees and Citizenship Canada (IRCC).

It is the highest-ranked, as per the CRS scores, that are invited by IRCC in the federal draws held from time to time.

For 2021, Manitoba has an annual allocation of 5,450 base nomination spaces and 875 Express Entry spaces.