Manitoba invites 426 in the first MPNP draw of October 2021 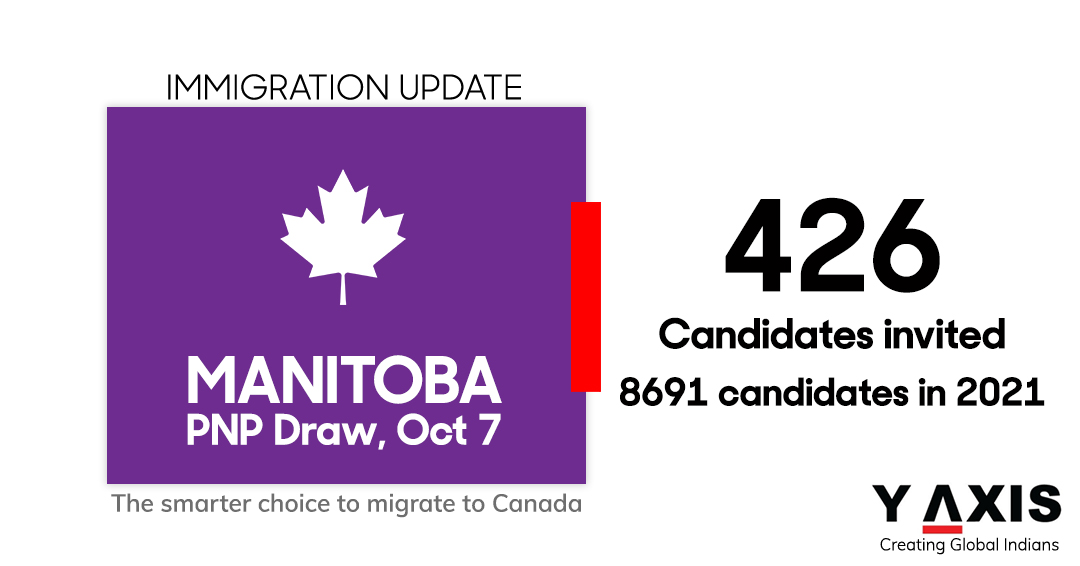 Manitoba in Canada has held another round of invitations, the first to be held by the province in October 2021.

The latest MPNP draw was Expression of Interest [EOI] Draw #127. Invitations issued by the MPNP are also referred to as Letters of Advice to Apply [LAAs].

Those successful in securing a nomination can use their Nomination Certificate for applying – to Immigration, Refugees and Citizenship Canada [IRCC] – for Canadian permanent residence.

Note. Of the total 426 LAAs issued, 84 went out to candidates that had declared “a valid Express Entry ID and job seeker validation code”. Such candidates will only be eligible for a MPNP nomination if their federal Express Entry profile is valid at the time of the assessment of the application.

According to Manitoba PNP, “Candidates who indicated they are working in a regulated occupation and are fully licensed to work in Manitoba have been selected in this draw.”

For 2021, Manitoba has an annual allocation of 5,450 base nomination spaces and 875 Express Entry spaces.